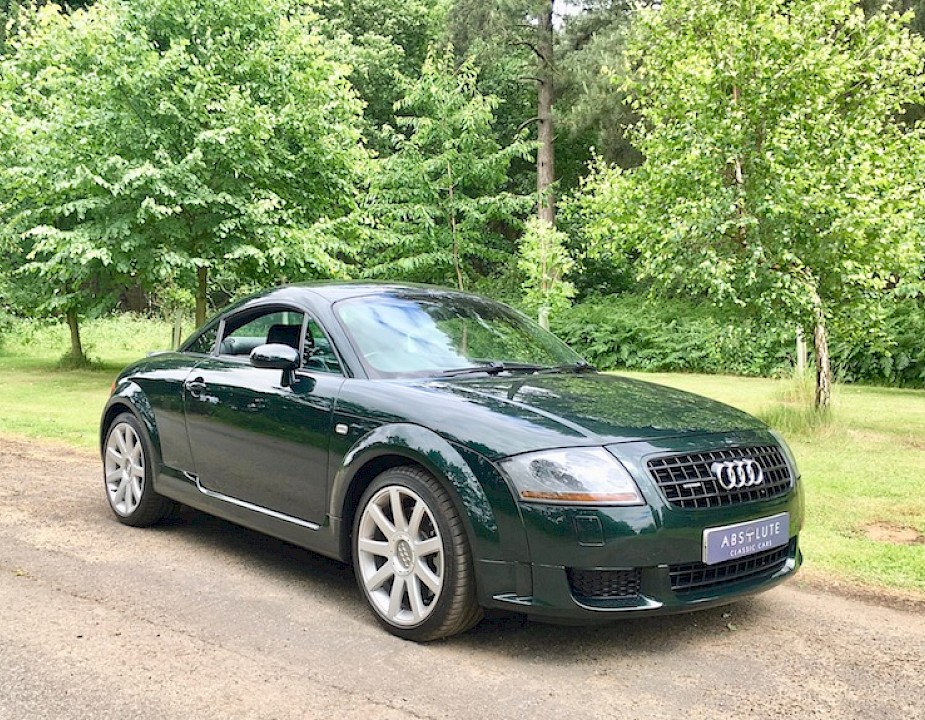 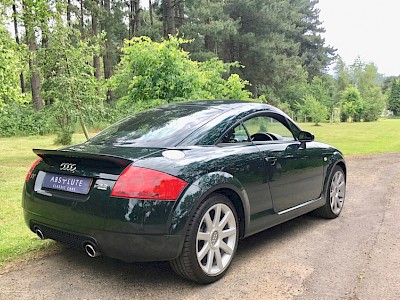 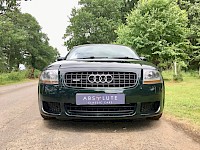 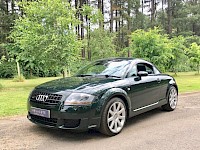 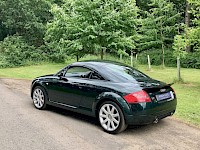 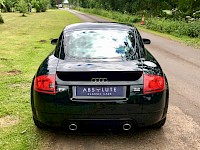 Shown as a concept coupe originally at the 1995 Frankfurt Motor Show, the Mk1 Audi TT (internal designation Type 8N) went into production in 1998 and remained remarkably faithful to its initial design, with the only notable changes being the reprofiled bumpers and the addition of quarter-light windows behind the doors. Launched as a 2+2 Coupe the range was joined in 1999 with a two-seater roadster with all cars sharing their similar retro styling, quality build materials and platform / drive-trains shared with others in the VAG group, meaning the car featured a front-mounted, transversely orientated engine (1.8 litre capacity) with either front-wheel drive or Audis 'Quattro' four-wheel drive system.

In 2003 the model line up received some minor styling changes and the original range of 1.8 litre engines were now joined by a 3.2 litre V6 24 valve engine, itself a variation of the narrow angle VR6 engine which was originally introduced by Volkswagen. Now with 250PS and improved torque the 3.2 V6 Audi TT could now not only offer the performance of a Porsche but with a sound track to match too! With more aggressive styling, deeper vented front spoiler, distinctive rear exhaust outlet, enlarged rear spoiler, a choice of 18" alloys (RS4's, BBS split rims or 7 spoke Ronal alloy wheels) and with bigger front discs the V6 was also the first RHD production car to be offered with a Direct Shift Gearbox (DSG) as well as a 6 speed manual.

Delivered new to Lister Audi, Coventry, in May 2005 this stunning mk1 Audi TT is a real rarity! Rarely seen in Deep Green Pearl (paint code LZ6E) with full black leather interior, this car not only comes with the range topping 3.2 litre V6 engine offering a 0-60mph time of 6.3 seconds and a top speed of 157mph, but she also comes with the super desirable 6 speed manual gearbox.

With only one owner from new this TT has been completely cherished. The paintwork remains in fantastic condition, the Deep Green Pearl shimmers wonderfully in the sunlight and with her fully refurbished original 18" RS4 alloys, fitted with Michelin Pilot Sport tyres, this V6 TT looks as good now as the day it left the Audi Hungary, Györ, production line, she really is that good! The interior too remains in fantastic condition too, the leather seats remain beautifully supportive, the car is fitted with a set of original Audi TT over mats, she has desirable centre console cup holders fitted, the air-con is ice cold, she has the Audi Chorus stereo and to ensure that every thing is 'just so' we have had the display fully refurbished by BBA Reman, so that drivers can enjoy the full DIS without any of the dreaded pixelation that can so often let these great cars down.

Mechanically the car is a delight. The V6 engine fires instantly, the engine has a lovely deep tone and when accelerating hard this is enhanced further with the throttle actuated exhaust butterfly opening. To drive this car any distance (we've done 250 miles in one day) is just pleasure, the clutch remains lovely and light and the 6 speed gearbox is just perfect. It its rumoured that Audi produced a similar number of TT V6 manuals as they did the Quattro Sport model and so to find a one owner 3.2 V6 manual is a real rarity and to factor in a Full Audi Service History, things just don't get any better!

Now showing just over 85k miles (service information - PDI Longlife, 11615 miles (Longlife), 24970 miles (Longlife), 41544 miles (Longlife), 52410 miles, 57037 miles (Longlife), 72002 miles (Longlife), 78293 miles and 82854 miles this V6 TT is without doubt one of the best kept and cherished examples you're ever likely to come across and with her full book back, 2 keys (plus valet key), original First Aid kit, boot mounted Warning Triangle, clear Hpi and sold with 12months MOT, this one owner example is ready to find a new home who will continue to cherish and enjoy this stunning modern classic.