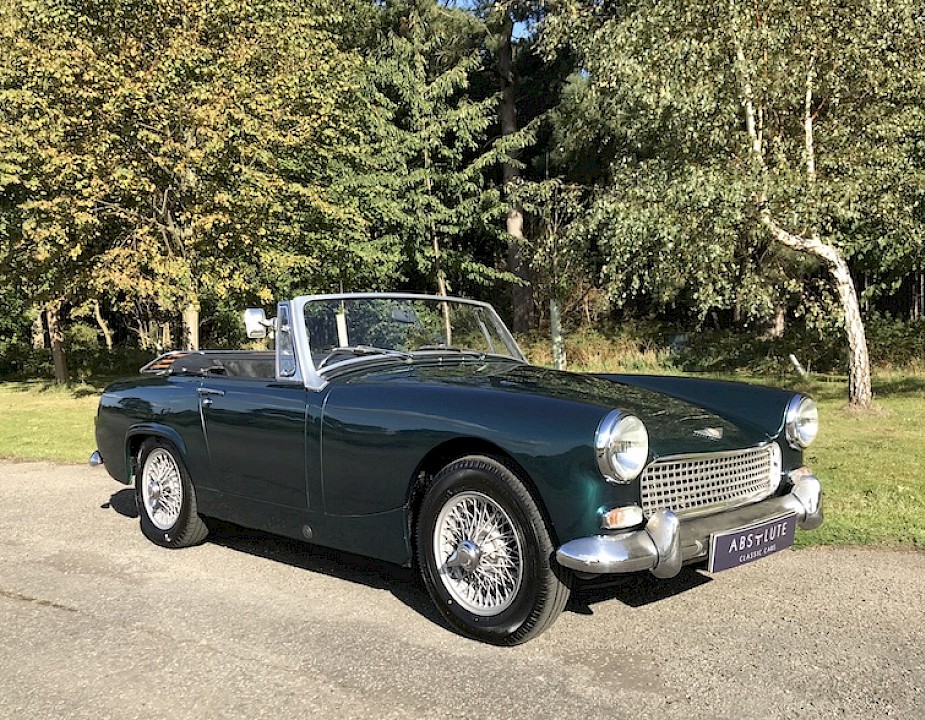 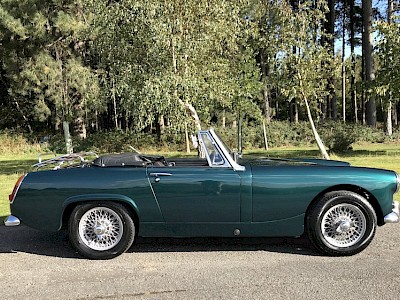 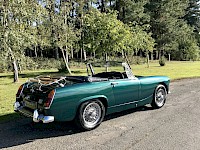 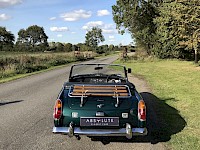 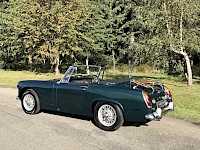 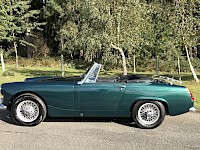 The Austin-Healey Sprite was launched in 1958 to the press gathered in Monte Carlo after '58 Monaco Grand Prix. A small two-seater open top roadster the Sprite, or 'Frogeye' (as Mk 1's were affectionately known) was intended as a low-cost successor to the pre-war Austin Seven, and was to be a car that Donald Healey hoped that 'a chap could even keep in his bike shed'. With production being undertaken at the MG factory in Abingdon, it first went on sale at the price of £669, using a tuned version of the 'A' Series engine and utilised as many other components from existing cars as possible in order to keep costs down.

When the Mk II Sprite was introduced in 1961 it was joined by a badge-engineered MG version, the Midget, reviving a model name used by MG from the late 1920s through to the mid 1950s. Over the course of the next 10 years, the collectively know "Spridgets" would remain in production together, gaining larger engines, now 1275cc, revised bodywork, permanently fixed folding roof mechanisms etc but by 1971 the Sprites time had come to an end and it was only the Midget which would remain in production to 1979.

Delivered to its first keeper in February 1970, this lovely example has been owned by the same keeper for over 10 years and has been lovingly maintained and used regularly for club events / trips out during its ownership and comes with a good history file confirming both engine and gearbox rebuilds in recent years.

An older restoration, photographs supporting this, the car has been resprayed in British Racing Green metallic and still presents well with some minor blemishes, but with great panel gaps, structurally very original, with no dents, nice clear scratch-free glass and lovely bright chrome work all round and comes with the all-important full / half tonneaus, with the car all set off nicely with a great set of wire wheels (fitted with new tyres) and period (removable) luggage rack.

The interior remains largely original, the seats, black with red piping, and carpets are free from any damage and since coming to us we've fitted a fully lined boot carpet set and replaced the worn steering wheel (photographed) with a new replacement (the original will be supplied too).

As for her mechanical condition, the Sprite is a gem....with the key in the ignition and a little 'choke' the rebuilt 1275 cc engine fires easily without any fuss. The 4 speed manual transmission has also been rebuilt, a replacement clutch fitted too and so with little effort the little Sprite is soon up to a comfortable driving speed, she's perfect for quieter A/B class roads and on a recent 20 mile drive this delightful Sprite was a real pleasure to drive, no undue rattles or wind noise and brought many smiles and waves from the people we passed by.

With a good history file, outlining much recent expenditure and looking every bit the classic, finished in her British Racing Green, this Sprite offers great entry level classic car motoring, can be run / maintained at easily, with cheap insurance and and will come serviced and with 12 months MOT ahead of delivery, which we can also offer in our fully enclosed trailer.