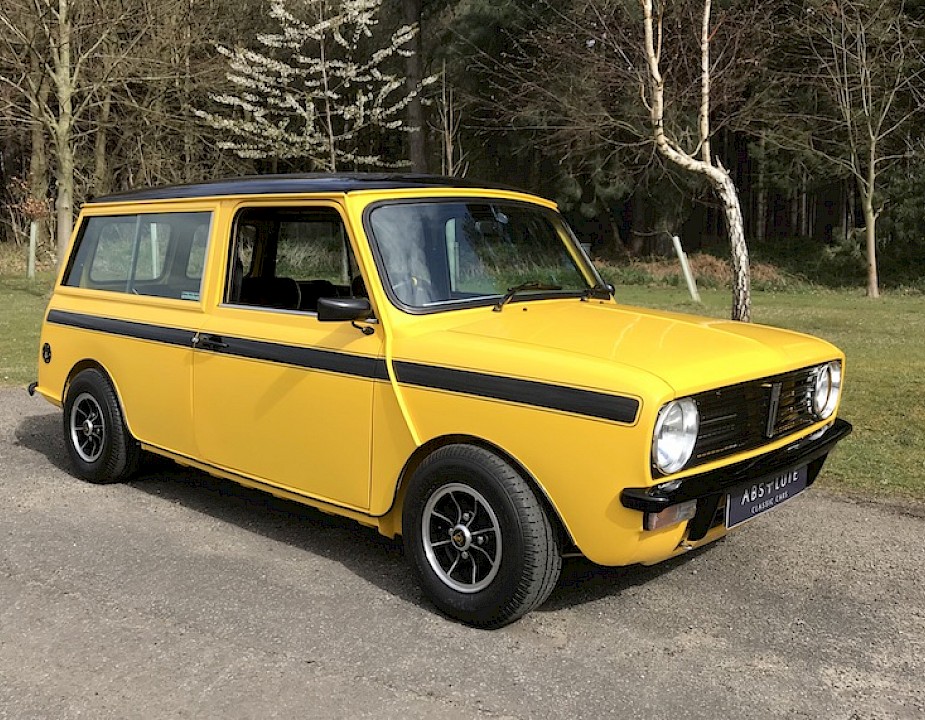 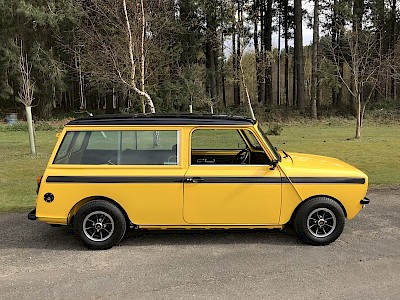 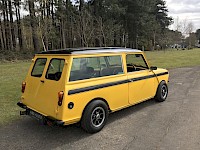 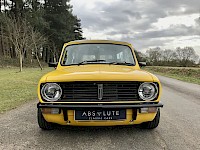 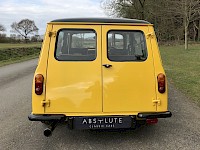 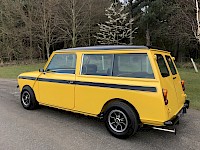 Even comes with early family history, passport to service etc.

Iconic style, quintessentially British and with an ability to keep reinventing itself, the Mini, is one of the most instantly recognisable cars in the world. Originally designed by Sir Alex Issigonis the Mini was originally launched in August 1959 as the Morris Mini Minor and the Austin Seven, by 1961 it became just the Austin Mini and then after just 8 years and with over 1 million units sold the 'Mini' became a marque in its own right.

Unique in its design, the Mini captured the hearts of many with its transverse engine, front wheel drive layout and incredibly compact dimensions and it quickly became one the best selling British cars, and with its light steering, excellent balance and nimble driving characteristics the Mini became a dominant force in motorsport through the 60's and 70's with multiple wins on the Monte Carlo Rally, 1000 Lakes, British Saloon Car Championships and European Touring Car Championships.

During its lifetime the Mini saw a number of developments, different body styles, the Pick-up, Traveller, the Mini van, the Clubman and Estate but fundamentally through its 41 years of production and some 5.9 million units built, it stayed true to self and will always be regarded as one of the great British classics.

Originally sold new on the 1st October 1980, by Nicholson Ltd, Nottingham and finished in Snapdragon Yellow this Clubman Estate amazingly remained in the same family, Mother and daughter ownership for some 20+ years and eventually, in 2004 she came to the attention of the Editor and Deputy Editior of MiniWorld Magazine. Over the next 14 years and as highlighted in the history file with accompanying CD with 100's of photo-images detailing a borderline obsessive restoration / rebuild we're delighted to offer not only the finest Mini we've ever seen, but possibly the most detailed classic car we've had within our portfolio to date; a classic car that, in the eyes of some, will be more akin to a automotive art!

To offer a flavour of this sensational Clubman, here's a highlight of the works involved:

Body - The 1980 Mini Clubman Estate shell was completely stripped of every single component, nut, bolt and washer. Any new panels sourced from British Motor Heritage, including BMH rear doors and a number of small modifications carried out including the recessing of the fuel filler to allow for a modern aero-style filler. The car has been painted in Ducati Yellow (including the underside!), with custom 'Piano black' roof and painted side strips. The exterior brightwork / grills / bumpers have been painted gloss black, a new glavanised tank fitted, Motorsport mirrors, black arch trims fitted, all new fittings / rubbers / seals and the front windscreen has been upgraded to Uroglass electrically heated.

Having completed less than 500 miles since her master-stroke rebuild, this Mini simply oozes quality and style and you could simply spend hours just starring at the details; the side-strips which are so often just stuck-on decals are painted with such skill that they're as smooth as their 'Piano' Black colour; the smoothed out engine bay is sublime with your eye drawn to air-craft quality details such the anodised & drilled fixings, the Carbon-fibre 'look' rocker-cover; the quintessential 60's alloy wheels and that's just some of the exterior detail before then opening the doors to the bespoke interior with figure-hugging Corbeau Classic seats, the perfectly positioned MOMO steering wheel, radical electronically GPS driven speedo / gauge and tactile  aluminium trigger handbrake.......we think you get the picture!

To top all this visual delight we're delighted to confirm that the Mini is an aural delight too. Twist the ignition key, observing the 'Smiths' gauge complete its system check and the 1330cc 'A' series engine fires instantly with bark and makes you aware that despite, having heralded from the early 80's, this classic Mini has been brought firmly into the 21st Century. On the open road too, the build of this Mini is so detailed that she will happily cruise a national limits, offering a modern motoring experience, but to focus on that is really missing the point, this Mini offers so much more; charisma, styling, appreciation and an ability to stop any other motorist or pedestrian in their tracks, you should always allow an extra 15mins to chat to the people you'll meet.

Even comes with early family history, passport to service etc.