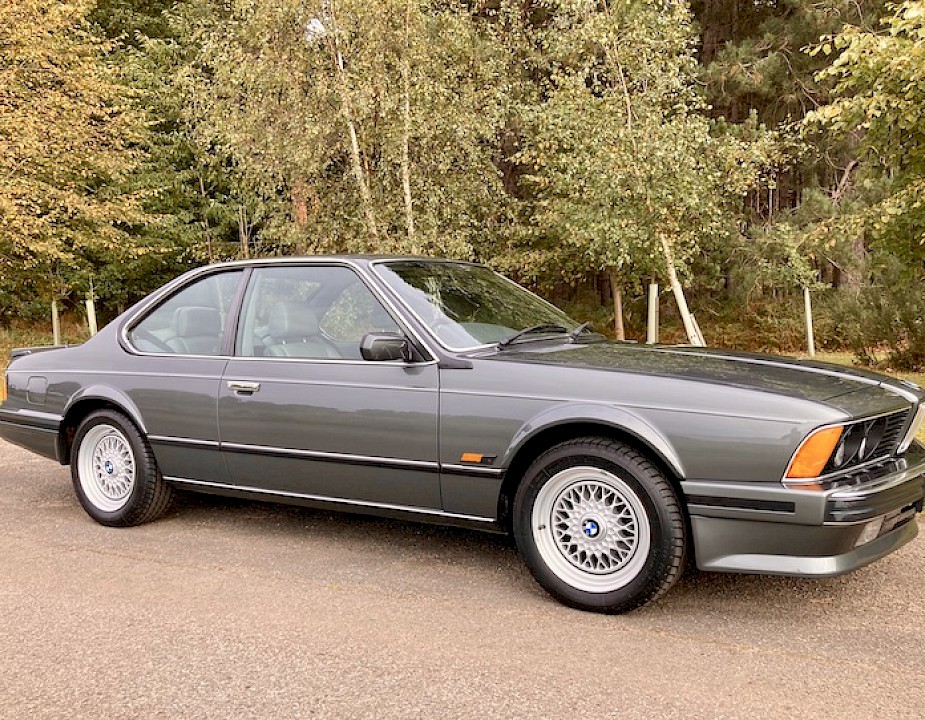 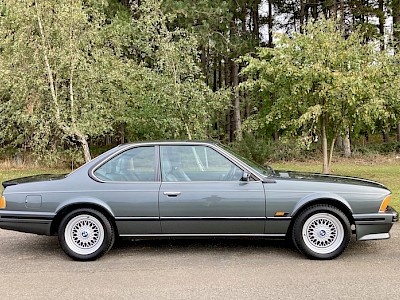 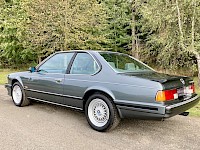 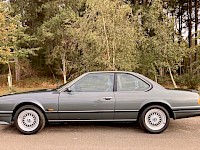 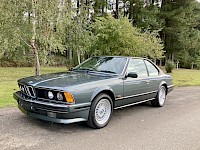 Styled by Paul Bracq, famed designing the Mercedes SL 'Pagado', the 6 series BMW, internally known as the E24, was produced to replace the E9 Coupe which had been in production from 1968-75. With production starting in January 1976 with the 630CS, bodies originally made by Karmann, the E24 is often seen as the original BMW Grand Tourer, with its seductive Coupe styling, a spacious open interior, large cavernous boot and large capacity engine, ranging from 2.8 litres - 3.5 litre straight six motors mated to either a 4 speed ZF automatic or 5 speed Getrag manual gearbox.

In 1977 production was brought in-house, to Dingolfing, where this remained until production ended. During the later years the E24 saw styling changes, moving away from the chrome bumpers. 1984 saw the introduction of the M635 CSI (286bhp engine derived from the wildly designed BMW M1) and in 1988 the E24 range was lifted further by the introduction of the Motorsport and Highline models, both fitted with the 3.5 litre 220bhp six cylinder engine, sporting leather throughout; full dash, A/C pillars, roof lining, door cards etc as well as wearing the TRX alloys as also found on the range topping M635 CSI. By production end in 1989, just 86,000 E24 examples had been built and to this day, the E24 remains one of the most desirable Coupes from this great Bavarian manufacturer.

Supplied new by Blue Bell BMW, Wilmslow to Mr Whewell and registered in March 1990 this stunning BMW 635 CSI Highline has to be one of the last examples sold and true to its Highline specifications comes beautifully equipped:

To be clear from the onset, at ACC we love cossetted classic cars and with just one family (father / son) owner from new this impeccably presented 635 CSI Highline is simply the best BMW E24 we've ever seen! The overall originality of the car is without question and walking around her, this CSI stands on its BBS alloys with TRX shod tyres, with a real presence and save for a couple of minor marks (we mean very minor, which we're happy to address should a new owner so wish) we find ourselves standing in awe! The paint work has wonderful depth to it, panel gaps around the car are as BMW would wish, the rubbers, glass, lens', 'Highline' arch spats, spoilers etc all remain in excellent condition and the same extends further when opening the doors, boot lid or tilting the bonnet forward, note the factory sheradised finish still found on the engine components!

The grey leather interior remains in first class order too and in Highline spec, the leather extends throughout; door cards, dash fascia & pod, A & C pillars, roof lining and even down to the stitched hand-finished sun-visors. With the optional Sports seats, electrically operated and fully adjustable, including head-rests and thigh support adjustment, with the drivers seat having the 'memory pack' there's no way that either the driver or front seat passenger can't find the perfect seating position in this great GT. Highly coveted back in the late 80's the E24 was a hugely expensive car at the time, electric everything and we're happy to say that it all works as it should.

With an indicated 68k miles this BMW 635 CSI is naturally a delight to drive too, though sadly without having de-restricted Autobahns we couldn't fully validate it's Grand Tourer credentials. What can be said however is that this E24 feels as tight as a drum. The 3.5 litre straight six starts easily and out on the open road, she drives faultlessly, strong brakes, tight steering, a great gearbox (various modes tested) and with 220bhp on tap there's plenty of ompf!

History is impeccable and fully supports the 68k miles, there are 17 service stamps all following the correct BMW schedule of Oil Service, Inspection I, Oil Service, Inspection II and so on, servicing is by the supplying dealer, BMW Wilmslow from 1990-1998 and then the same Independent BMW specialist thereafter. There are 28 MOT certificates, from the first one issued in 1993 through to the current MOT, there’s just the one year, 2008, where the car wasn’t on the road. We have the full book packs, 2 sets of keys, locking wheel nut keys, plus approx £13k in bills. The recent service and works even included replacing part of the exhaust system, with genuine BMW!

A remarkable, one family owner example, fully documented and with 68k miles this BMW 635 CSI Highline is quite possibly one of the finest examples available and ready for her new custodian to enjoy and cherish her for years to come.