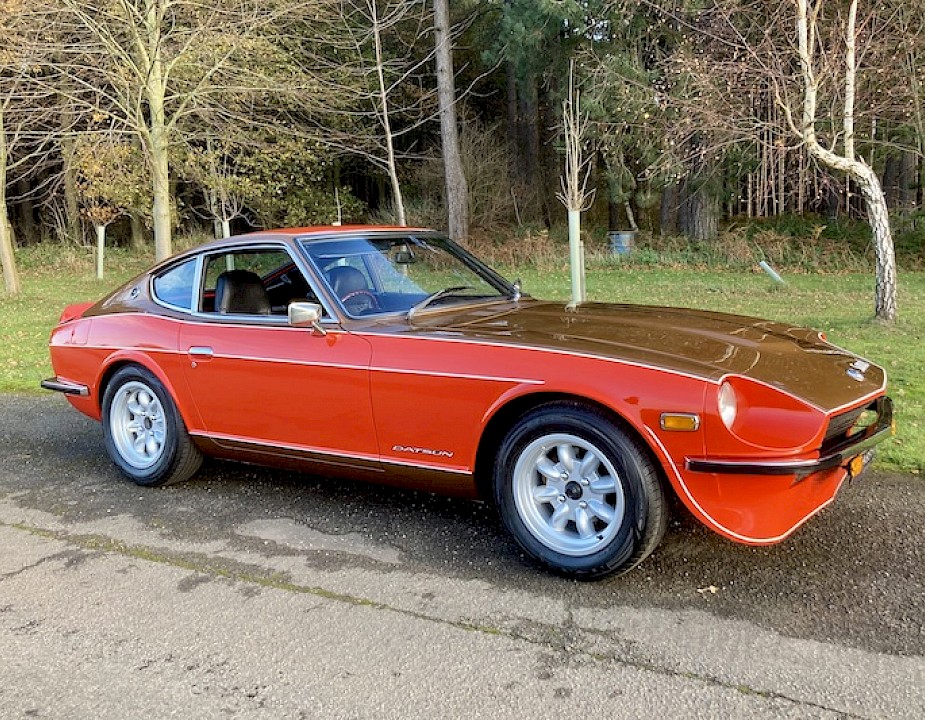 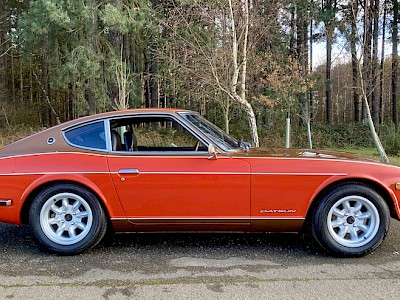 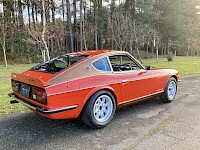 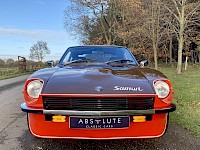 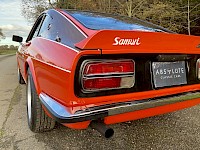 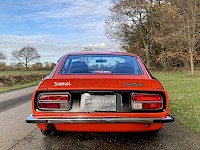 The Datsun 240Z (Nissan Fairlady Z as it was known in Japan)  was the first generation of 'Z' coupes, strictly a two seater and produced by Nissan in Japan from 1969 to 1973 and replaced by the 260Z and finally the 280Z, with both later models being available in 2+2 body style too. Its dramatic looks owed a considerable amount to the design team led by Yoshihiko Matsuo, head of the companies Sports Car Styling Studio. The 240Z was powered by a lusty 2.4-litre, straight six, overhead cam engine developing around 150bhp resulting in a 0-60 time of 8 seconds and a top speed of 125mph. A five-speed manual gearbox, on non-US market models, was standard and the car featured independent suspension all round with MacPherson struts at the front and Chapman links at the rear. Rack and pinion power steering and front disc brakes meant that the 240Z was a thoroughly modern package.

In the 70s, 240Zs were hot property everywhere, and given that the car's drivetrain was heavily based on the 510 saloons used widely in motorsport and it was only a matter of time before the Z came under the scrutiny of those companies that focused on modifying the road going products of mass manufacturers. One of the most notable of these was the Samuri Motor Company, created by Spike Anderson. Initially having trained at Broadspeed in the 1960s working on Minis and Anglias, he went on to set up his own business called Race Head Services and one of the first cars to benefit from his experience was a humble Datsun 1200 from which he managed to extract 105bhp! This was the first car to carry the "Samuri" name, a deliberate misspelling as the 'Samurai' trade name was not available. Having bought a standard 240Z, it wasn't long before the Z was taken apart and put together, faster ... Very much faster! A UK car magazine published a glowing review of Spike's personal car, and the next thing he knew the Samuri Motor Company was born, offering modified Zs and performance parts to the buying public, most famous of all being 'Big Sam' , the 1974 Modsports Championship winning car raced by Win Percy.

Absolute Classic Cars are delighted to offer this truly spectacular car; a genuine Super Samuri and one of just 75 examples built and authenticated by Spike Anderson. Registered in June 1972, the car found its way into Spikes workshop and soon underwent the transformation; a 'Specification 1' build as noted within the accompanying book, 'Samuri, The ultimate evolution of the Datsun 240Z'. Following its Samuri conversation, the car was regularly used but, like so many cars of its era, it was left to languish, all but forgotten. Knowing that the car existed, it was re-discovered by the Samuri Register, rescued and shortly afterwards found its way to the 'Z Farm', who have possibly restored more original Samuris then anyone Datsun Z specialist. Undergoing a most exacting restoration, in excess of 1200hrs this Super Samuri has had the works, with this covering:

With this complete nut & bolt restoration restoration taking over 12 months to complete and labour costs likely to have been in excess of £60k alone, it's safe to say that no stone has been left unturned and this Super Samuri now presents as it would have back in period. Utterly sensational and without doubt one of the finest examples available one can't help but stand in awe and admiration, this 240Z is not only a car of extreme beauty but also one with real presence......just wait til you drive her! With the drivers seat set to your desired position and with the engine up to temperature we're happy to say this Super Samuri doesn't disappoint. The 2.4 litre straight six engine makes an intoxicating sound with the throttle opened, the triple 40 DCOE Webers breath heavily to match the input of the drivers right foot. The whole experience is a visceral and aural delight and despite the Samuri's upgrades its reassuring that the car can also been driven off throttle with comfort and ease with the driver and any lucky passenger knowing they're enjoying a very special car.

We can't eulogise enough about this Super Samuri. With its accompanying photographic history file, details of the Z-Farms incredible work, further associated paperwork, an accompanying copy of Spike Andersons book covering the history of 'Samuri' and the all-important authentication from Spike Anderson this is a wonderful opportunity to own not only one of the 1970's best sports cars, a Japanese car icon but also a irreplaceable part of British motorsport and motoring history which would grace any collection and be shown pride of place at any show or concours event.

NB - Prior to delivery the Super Samuri will be fully serviced in accordance with infomation offered to us by Duncan Pearcy @ Z-Farm with valve gaps checked, oil service, carbs balanced etc and accompanying service book stamped (2 stamps already in book).