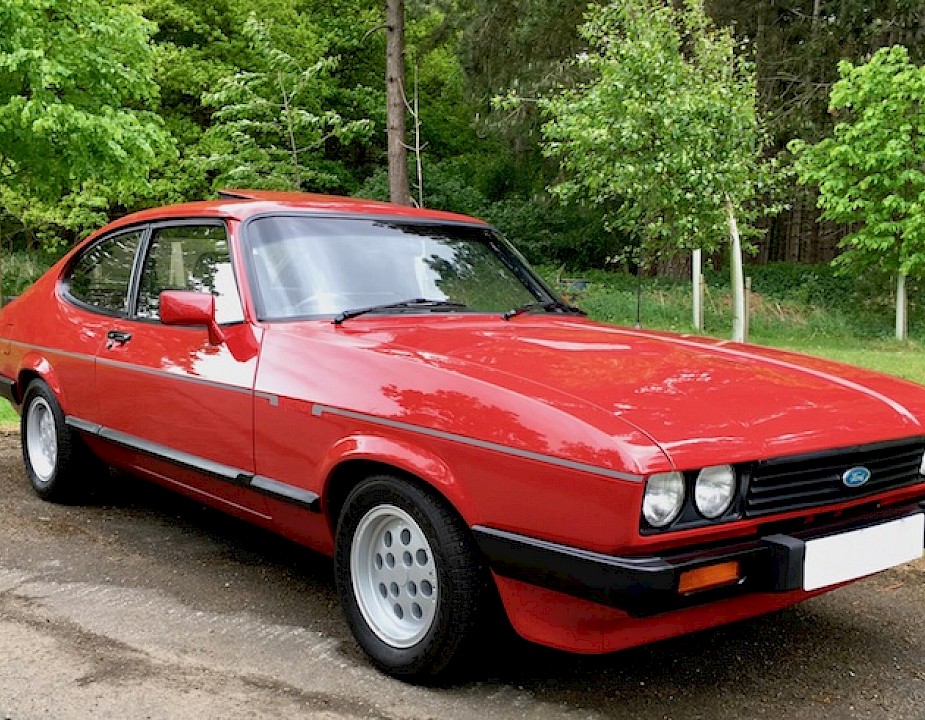 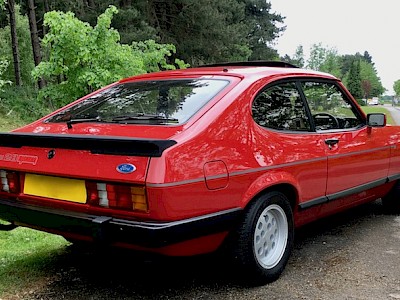 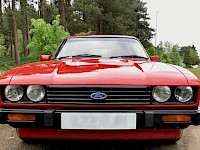 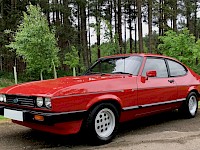 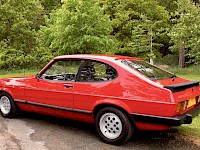 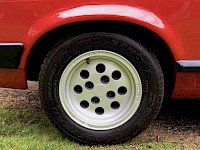 Designed by the American Philip T. Clark, who was involved in the design of the Ford Mustang; the Ford Capri was Europe's answer to the American fastback coupe and using the common parts associated with Ford Cortina, the Capri proved to be a hugely successful car with some 1.9 million units built between 1968 and 1986. A wide variety of engines were used throughout its production, with these including the Kent straight-four and Tanus V4 for the lower specification models and Essex and Cologne V6 engines for the range topping / performance models.

Over its 18yr production the Capri saw success in both Motorsport (winning the 1971/72 Drivers European Touring Car Championship in RS2600 form) and also saw screen success in the UK with the popular police crime-drama, The Professionals and 'underworld' comedy-drama Minder, using a number of Carpris in the making of theses series. By 1978 the Capri, now 10yrs old, needed a refresh and 'Project Carla' saw the complete make-over of the front grill / light assembly bringing the Capri more in line with Ford's new sporting model, the Escort RS2000.

By 1982 and with tighter emission controls, Ford needed to replace the Essex V6 3.0 and the Cologne V6 2.8 injection was introduced, with power increasing from 138bhp to 160bhp respectively. Along with the new engine Ford improved the MkIII Capri further by replacing the now tired chequered interior with more luxurious velour covered Recaros, Ford SVE (Special Vehicle Engineering) reworked Wolfrace Sonic wheels to become the now affectionally known 13" 'Pepperpots' and in 1983 Ford introduced an all new 5 speed transmission which further enhanced the driving characteristics of this sporting Ford. The 2.8 Injection helped to extend the life of the Capri by some 2-3yrs and by 1986 with the sale of the final 1038 Capri 280 'Brooklands' models, Ford had run its course with the Capri and production came to an end.

Sold new through Bristol Street Motors to Nat West Bank PLC in November 1983, this stunning Ford Capri 2.8 Injection is an exceptionally special car. Having only had 4 keepers (the Bank Manager who had been assigned the car, purchased her from Nat West Bank and then retained the car within the family, 2 keepers) and as such, the car can be described as virtually 1 family ownership from new. This low, family, ownership has without doubt helped to keep the car 100% authentic to the day she left the Cologne factory in October 1983. Being built in Oct '83 the Capri is made even more special by the fact that she is one of the few 5 speed 2.8 Injections built in 1983, prior to the introduction of the 2.8 Injection Special, and with the following specification this car is as close to 'time-warp' / 'out of the box' as a Ford / classic car enthusiast could hope to find.

After 33 years of ownership the Capri left her original keepers, passing onto a fastidious Capri enthusiast who then set about recommisioning the car, with a no expense spared approach to producing one of the UK's finest examples and as such the recommissioning work included:

After the recommissioning work the car then received a full service, it too as comprehensive and befitting of such a wonderfull example, with the service including:

With such a comprehensive and detailed recommissioning the Capri starts instantly on the turn of the ignition key. The engine settles to a wonderfully smooth idle, the Cologne V6 ticks over like the proverbial Swiss watch and on select 1st gear the car pulls away cleanly offering a crisp, purposeful delivery of power throughout its rev range. Each gear change and squeeze of the throttle presses the occupants firmly into the Recaro seats, the engine, gearbox and rear axle are an absolute joy. With new suspension components and a rebuild of the braking system the ride and stopping power of the Capri are equally impressive too, having such a cosseted life, this example  could easily pass for a new car rather than one now in her 34th year.

Matched by her superb mechanics, the body work and interior are in first class condition too. The interior is devoid of any wear what-so-ever, the Shark Grey Recaros and split-folding rear seats can only be described as looking 'as-new'. The carpets, with original Ford over-mats, are immaculate and as a result of her 'family' ownership the car has avoided any aftermarket modification, she still has her working 'Ford Stereo / Cassette' and the clock, 6 dial instruments all function as they did on the day she was delivered.

Finished in Cardinal Red the Capri looks stunning, with most on-lookers being lost for words! The body has never been welded, all the panels are completely original and the car has remained free from any damage. During her recommissioning and purely as a result of paint-fade, stone-chips etc over her 34yrs the car was subject to a complete windows-out respray, this costing circa £3000 and being carried out to a concourse standard. During the course of this work a set of new factory correct 'Capri 2.8 Injection' decals where also applied, the immaculate and original 'Ford' aeriel retained, and to finally cap off this showroom ready example the 13" Pepperpot alloys were professionally refurbished and fitted with the correct Goodyear NCT 205/60/13 tyres with the correct 'black' wheel bolts.

With an obsessional attention to detail and history file spanning her 34yrs, a complete original book pack, all MOTs, previous tax discs, service records and now showing only 74k miles, this must be one of the only completely unmolested examples of this great 80's icon. Whether you're a fast Ford fanatic looking for the finest example or a collector / enthusiast looking to add to your collection, this 1983 Ford Capri 2.8 Injection is an absolute must, ready to 'Wow' her owner and with decades of enjoyment ahead of her.