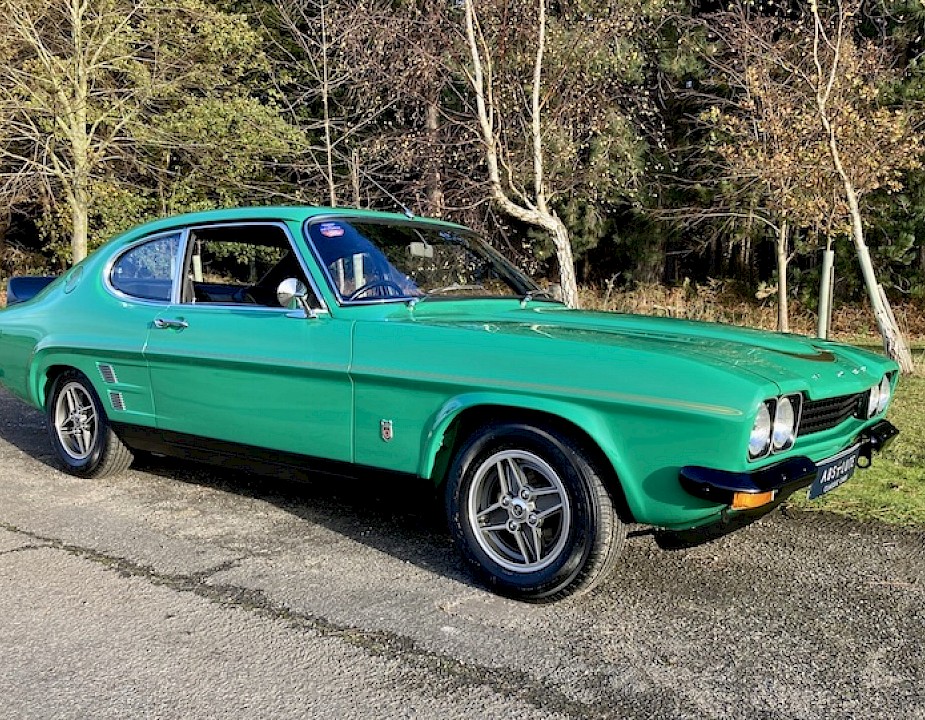 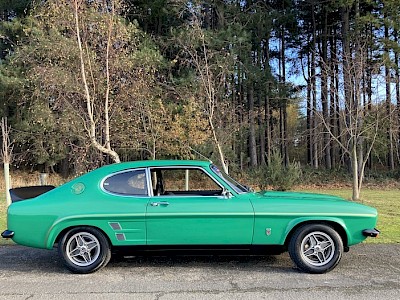 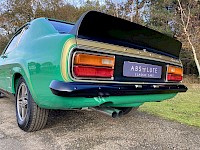 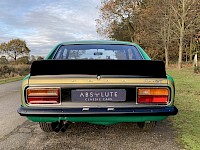 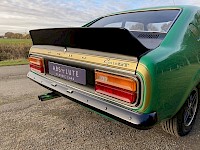 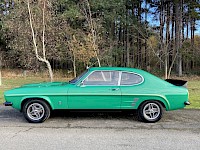 With European fastback styling similar to its American relative the Ford Mustang, the Ford Capri was first introduced in 1968. Utilising common parts with the Cortina model the Capri proved hugely successful and by the end of production in 1986 more than 1.9 millions units had been built, with European models using a variety of engines, the Kent straight-four and Tanus V4 for the lower specification models and Essex and Cologne V6 engines for the range topping / performance models.

Over its 18 year production the Capri saw successes both on and off screen; in front of the camera being featured on the popular police crime-drama, The Professionals and 'underworld' comedy-drama Minder, as well as seeing off-sceen action and huge success in Motorsport winning the 1971/72 Drivers European Touring Car Championship in RS2600 form.

Following from RS2600 success and in order to compete with BMW's latest rival, the E9 3.0 CSL, Ford Motorsport, more correctly known as FAVO (Ford Advanced Vehicle Operations) approved a second RS Capri, the 'RS3100'. Built at the Halewood plant in November 1973, just 250 examples were produced. Based on the 3000 GT model, the RS3100 shared a number of components from the earlier RS2600, upgraded brakes, Bilstein suspension with revised geometry, ride hide etc. Engines were overbored to 3093 cc, featuring polished inlet / exhaust ports, giving the car 148bhp and 187lb/ft torque and all, but one car, came with blue rocker covers. Cars differed from the 'GT' model as they featured 1/4 front bumpers (note NS towing eye) with spot light brackets used to support the bumpers, a lower front bib spoiler, model specific 6x13 RS 4 spoke alloys, flared front arches, 'Spa Special' decals with pin-stripe detail to the sides / bonnet bulge and the distinctive 'duck tail' rear spoiler. Interior specification was largely as per the 'GT', cars featured white or red needles to their dials, 'Kenzie' clock and all cars having a black headlining and black vinyl seats. RS3100 models were offered in 7 different colours Diamond White, Daytona Yellow, Sebring Red, Modena Green, Stardust Silver, Olympic Blue and Marine Blue and are identifiable by their unique silver chassis plate with 'BBECND' chassis numbers, painted 'Spa Special' id tags and chassis stamped OS front strut top. Unfortunately due to the onset of the oil crisis plus the pending launch of the mk2 Capri, RS dealers struggled with sales, even pre-registering some cars to area Sales Managers and in June / July 1973 with examples still remaining Ford took the decision to export 50 RS3100's to Australia. To this day the RS3100 remains the rarest of all Ford Capri production models and its believed less than 50 examples exist.

Original sold new through J Blake & Co, authorized RS Ford Main Dealer in September 1974, this late registration Ford Capri RS3100 is without question one of the finest examples available and comes with the following specification:

Having come from an existing customer and highly regarded RS enthusiast, this RS3100 has formed part of his private RS collection for a number years and has only become available due to the recent addition of another rare RS. Restored in recent years, by a gentlemen whom most regard as the best and RS Capri guru, this matching numbers RS3100 has been subject to a concours quality rebuild, with works including:

With a level of detail, bordering on compulsive this car will not disappoint any way! Walking around the car, will leave many people speechless such is the quality, she could easily pass as a '0' mile car, save for the odd bit of dust on some components, she shows ~25k miles. The attention to detail continues inside, the doors open with a reassuring 'click' on the handle and nestling into the black figure hugging seats, any enthusiast will have goose-pimples as this RS3100 bursts into life and settles into its deep-toned idle. Depressing the clutch and engaging first gear and with a few revs applied the car pulls away smoothly. Each gear change and squeeze of the throttle presses the occupants firmly into the seats, the drive-train is just wonderful, suspension firm, brakes reassuring and the exhaust note, a V6 vocal delight......you become instantly aware that you're sitting somewhere special!

Fully authenticated by Len Peirce, RS Owners Club Registrar, and devoid of any 'add-ons' this Capri RS3100 is right, everything is detailed 'just so', factory perfect. Truth be said this RS3100 is better than any example produced by Ford and we've no doubt this car will enter another private collection, potentially finding a new owner overseas, we simply don't think there's a finer example available.