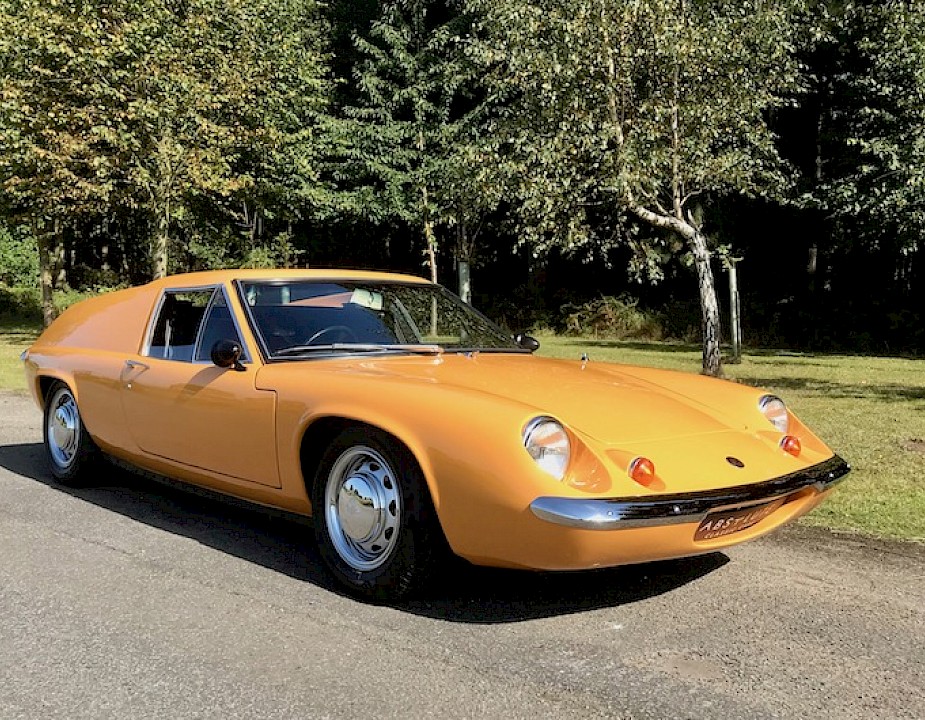 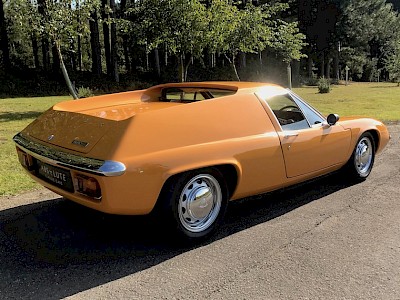 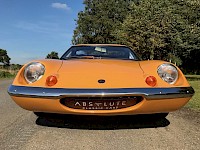 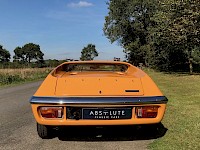 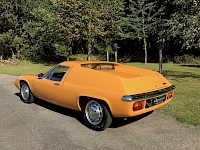 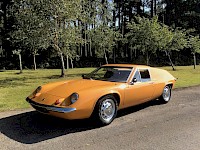 The world's first mass-produced mid-engined road car, the Lotus Europa was launched in 1966, with the Series 1 / Type 46 cars ('66-68) being built purely for the European market, with the car taking its design from a prototype penned by the then head of Lotus Engineering, Ron Hickman. Exemplifying Colin Chapman's design philosophy of ‘Simplify, then add lightness’, the Europa used a minimalist steel backbone chassis while also relying on a low drag fibreglass body for structural strength. Development work using a wind-tunnel gave the Europa a drag factor of just 0.29 with its long, low roof line and an abrupt rear end inspired by the Ferrari 'Bread Van' racer and with 4-wheel independent suspension, using a set-up similar to the early 'Formula' racing car designs of the era (typical of Chapman's thinking) gave a result that the Europa's handling was that good that it prompted road testers to describe the Europa as the nearest thing to a race car for the road.

With only 644 units produced the S1 made way for the Series 2  / Type 54 cars introduction in April 1968 . Still utilising, the Lotus modified Renault 16 engine (power up from 52bhp to 82bhp thanks to a reworked cylinder head design, bigger valves and higher compression) and 4 speed gearbox, the S2 cars can be distinguished by having a restyled front indicator arrangement (early S2 cars carried over the S1 design), the body was now bolted and not bonded to the chassis and significant interior improvements meant the driver now had an adjustable seat, revised foot pedal arrangements offering more space, electric windows and a polished wood veneer dash. By early 1969 the UK public finally got the opportunity to purchase the diminutive pocket rocket too and by the end of 1975 (with Series 3 / Type 74 now in production, including the Lotus-Ford twin-cam engine) Lotus had sold some 9,300 example with the car finally being phased out with the introduction of newer models such as the Eclat and  Elite.

Finished in her original Bahama Yellow (paint code L10) we're delighted to offer this exceptional, matching numbers, Series 2 Lotus Europa, which has been owned by the same, Doctor, keeper for an astonishing 49 years, having been purchased when only 8 months old and showing just under 4000 miles. Sold through Swanmore Garage the Europa comes with a wonderful history file; her original Lotus owners manual, stamped service books, Lotus Warranty certificates, Renault Moteurs engine / gearbox deliver card confirming engine / gearbox numbers and delivery to Lotus in May 1969 (ahead of the cars build date) and even letters of communication from the owner to Lotus regarding the cars suspension.

Loved and enjoyed the car remained in regular use until 1977 (we have every Tax disc 71-77), when now needing some work the car was put into storage and she remained there for a further 33 years, when now well into his 70's the owner decided the car needed a new lease of life and she was entrusted with a select number of specialists for a complete body-off restoration with works including:

Restored over a 2 year period (invoices for £0000's) and with negligible mileage since, the Europa is presented as she would have been when sold back in 1969 through her original supplying dealer, the London Sports Car Centre Ltd. She looks utterly sensational and to step inside, start the engine and to drive her will take any lucky owner back to time when cars were  almost out of this world! Loved, cherished and enjoyed all the way into the owners early 80's the ownership of this Europa is wonderfully special story and she is now offered to the market for the first time since 1970 and we only hope the new keeper will cherish and enjoy using her for another 40+ years too!