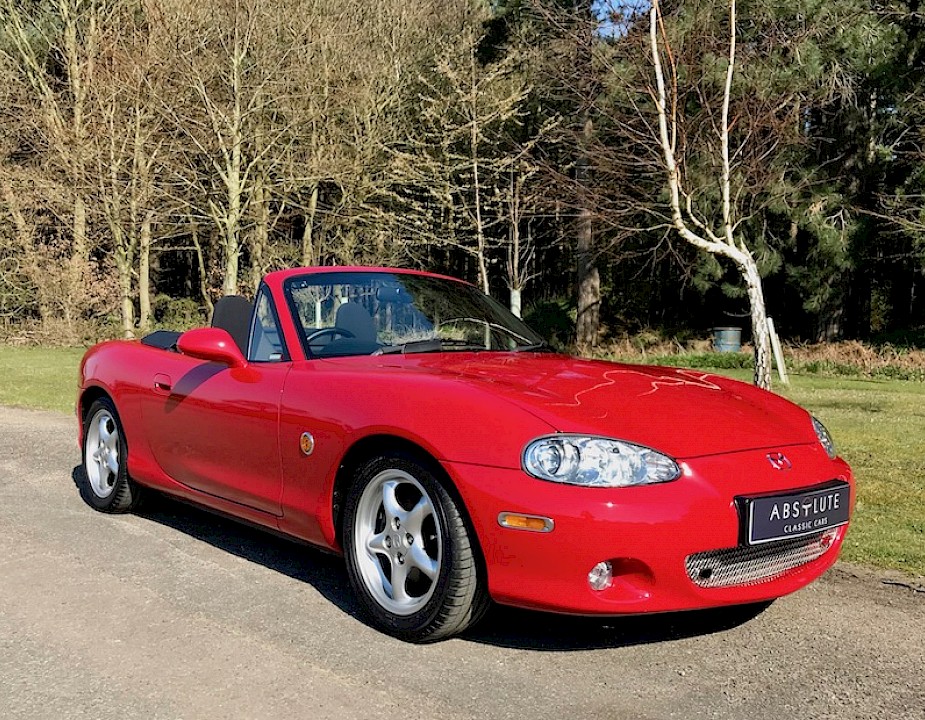 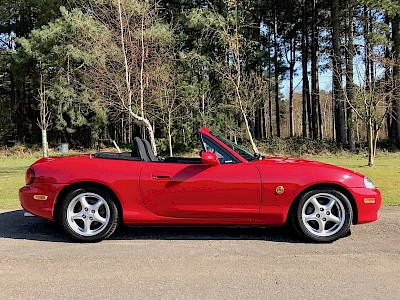 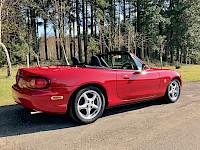 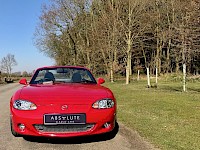 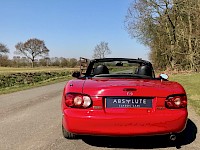 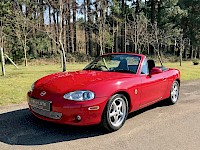 After an American motor journalist lamented at the loss of simple, flies in the teeth, wind in the hair British sports motoring of by cars such as the Triumph Spitfire and Lotus Elan, a competition was launched between two Mazda design teams in Tokyo, Japan and California, USA, to see if either could come up with a modern alternative. After several rounds of judging, Mazda selected the US design with a front-engine, rear wheel drive setup as the basis for the final model. It was at this point that International Automotive Design of Worthing, got involved, to develop a working prototype known as the V705. It was this British company that developed the exterior and interior style for the MX-5 and built prototypes ready for mass production in 1989. The MX-5 name was chosen as a condensed form of Mazda Experiment, project 5, so really this was the “Mazda Mazda Experiment”

As one of the most affordable drivers’ cars on the market, the MX-5 has become a true legend in its own lifetime, it’s hard to believe that the original MX-5 is now 31 years old, having been first launched in 1989 at the Chicago Auto Show. While some will recall the original first generation (model NA, 89-97) cars featured pop-up headlights these actually became outlawed, due to pedestrian safety, and so for the second generation (model NB, 98-05) and all subsequent developments (now fourth-generation, ND, 2014-) the MX-5 now featured conventional lighting, but continued to follow the Colin Chapman of adage of "simplify, then add lightness!"

Absolute Classic Cars are delighted to offer this amazing Mazda MX-5, showing an incredible 2170 miles from new!! Registered by County Mazda, Cheltenham on the 31st March 2003, this Mazda MX-5 1.8i was purchased by her first and only keeper on the 11th June 2003 and was purchased with the following specification

In addition to the standard specification in 2014 the MX-5 also received the following upgrade:

With its staggering low mileage (yes, it really is 2170 miles), its not often that we're lost for words when describing a car, but ............! As close to "as new " as your ever likely to find, we believe this must be one of the finest, low mileage and most original examples available. We've taken her on a 20 mile test drive and she performs faultlessly. Driving an MX-5 is a huge amount of fun, but to open the door and smell the 'as new' interior and to sit in and drive such a low mileage example is a real privilege. All the controls work exactly as they should, the manual sunroof folds back in a matter of seconds and with the tonneau in place, well maybe when attending a 'show n shine', allowing the outside to shine in and the with the 1.8i SVT engine singing crisply we just know you'll fall in love with her too. For those who want to enjoy 'Coupe' motoring this MX-5 also offers the versatility of coming with a factory hardtop and dare we say it she looks just as stunning with her top on too, there's no wonder Mazda started incorporating a retractable roof on models from 2006

Sold with her supplying dealer wallet, owners manual, service book (stamped by the supplying dealer at PDi 04/2003, 1548 miles in 06/2004, 1949 miles in 06/2005, 2004 miles in 03/2006) and with additional paperwork, after being stored 2006-13, with this including another service at 2032 miles in 04/2013, sequential MOTS, invoices for works / parts supplied, the original tonneau cover and factory hardtop and tool-kit etc this Mazda MX-5 is truly one of the few genuine all-time classics that you can enjoy, with exceptional reliability, comfort, practicality, driver involvement and looks, it's as close as you'll get to the near-perfect roadster, we love it!