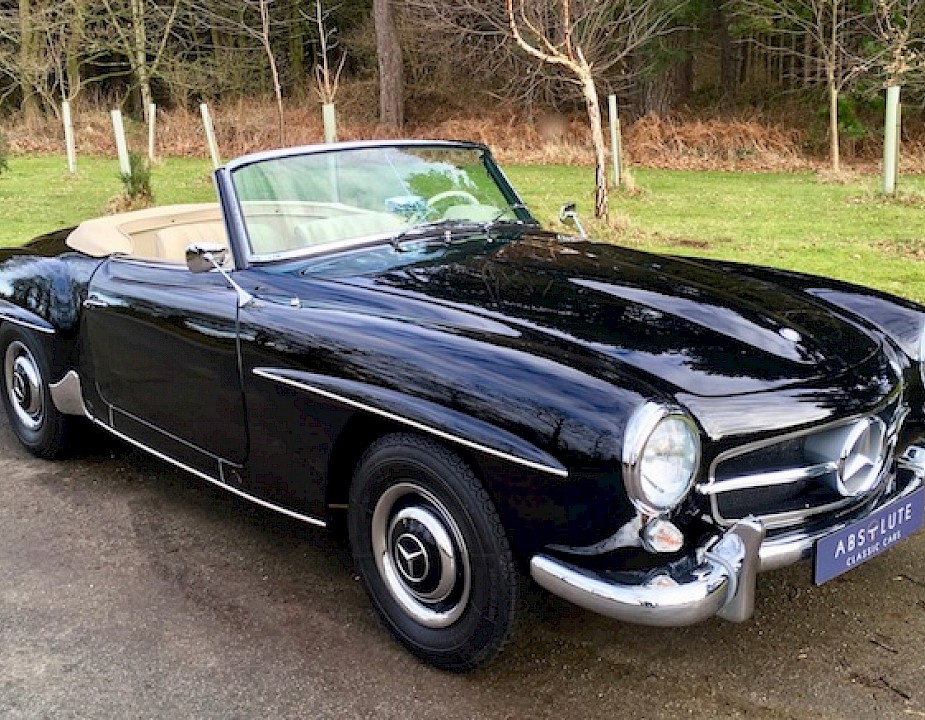 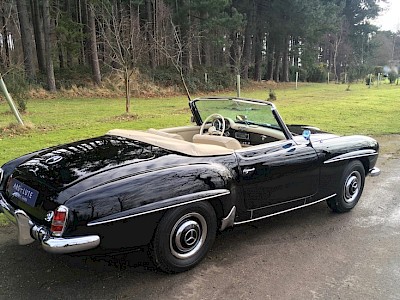 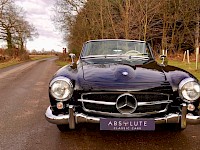 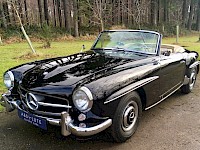 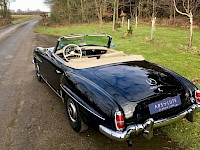 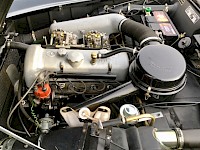 Unveiled as a prototype at the 1954 New York Motor Show, alongside the 300SL it is often regarded that the New York car importer Max Hoffman, was the vision behind the car's development. Hoffman understood that whist the 300SL (known as the "Gullwing") would certainly grab the attention of buyers, the larger car had two drawbacks, early 300SLs were coupes and they were very expensive. Convincing the Mercedes-Benz senior directors to build a simplified, less costly version in cabriolet form would open up a whole new market, specifically in the United States and just over 1 year later the Mercedes-Benz 190SL Roadster went into production.

Powered by a single overhead camshaft, four-cylinder engine and equipped with drum brakes all round, conventional doors and a simplified swing rear axle, it retains all the style and glamour of its larger brother. The 190SL provided comfortable, luxurious driving with excellent road manners and with the exception of minor styling revisions, the 190SL remained largely unchanged until its production ended in 1963, with the introduction of the new 230SL.

One of 25,881 examples, our sensational 190SL Roadster was built in the Mercedes-Benz Stuttgart factory in April 1956 and then exported to the Australian market. It would appear the car remained in Australia and whist there, the registered keeper started a comprehensive strip down and restoration. We understand that due to relocation, the SL was then imported to the UK where Redcastle Classics, Mercedes SL specialist, where appointed to finalise works and prepare the car for use in the UK.

During the restoration it is clear to see that each and every component has been carefully stripped and then either restored / rebuilt or replaced. The body was taken back to bare metal before being repainted to the now lustrous Black (DB-40), with a new, matching black hood. Maintaining this standard of quality restoration, the interior has been professionally re-upholstered in parchment with a complimentary oatmeal Mercedes square weave carpet and for when the hood is folded away, there is a matching leather tonneau cover, which naturally also comes in its own storage bag for safe keeping. It clear to see that a great deal of time and care has been spent to get each detail right.

In May 2017 the car was shipped to Redcastle Classic where it received a thorough inspection, with the following works being carried out:

With total works at Redcastle costing in excess of £12k and having covered less than 200 miles since its comprehensive restoration, this Mercedes-Benz 190 SL is an absolute joy. The car comes with her UK registration, history file, owners manual, tonneau cover / bag, jack and toolkit and a set of keys. The level and detail in the restoration and specialist works means that this 190 SL presents itself as virtually new.  A truly sensational 60 year old classic.