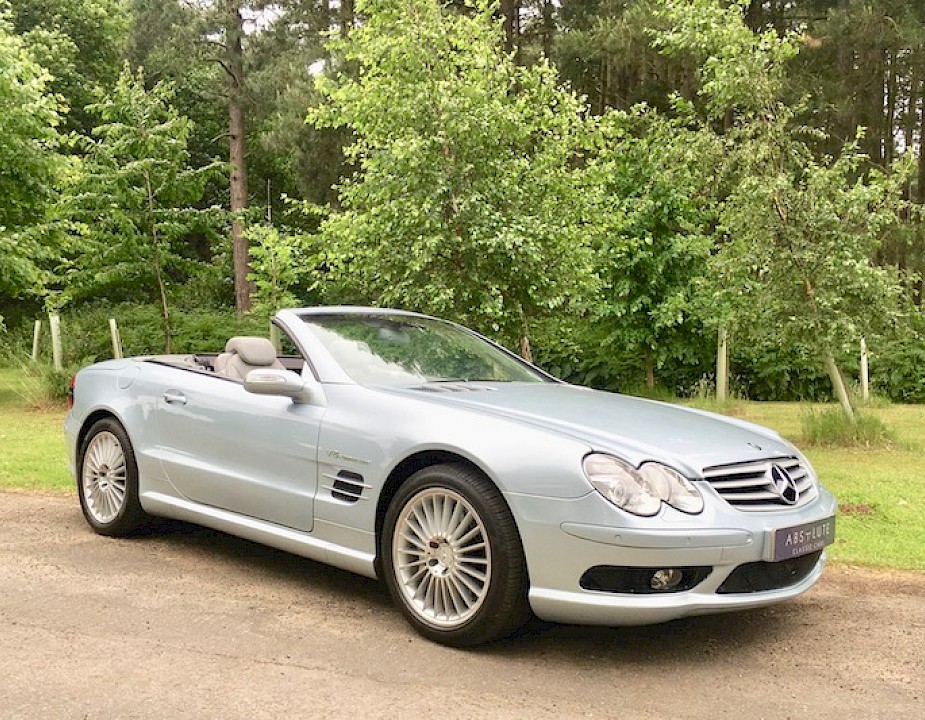 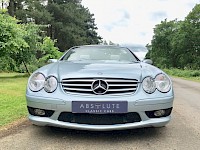 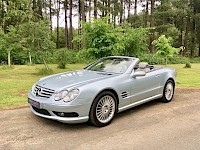 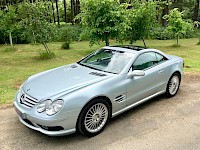 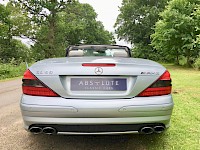 Tracing its lineage back to the original 300 SL Roadster of 1957, the Mercedes-Benz R230 was the fifth generation of this Mercedes model, with production commencing at   the Bremen plant, Germany in October 2001. Designed by Steve Mattin, who later became involved in the Maclaren SLR development, the R230 generation SL was a bold move forward by Mercedes-Benz from the angular, dated style of the previous R129 which hailed from back in the late 80's and as such the new model offered a whole new level of refinement, style, luxury and performance.

For those wanting just that little bit more, with a price tag to match, Mercedes-Benz was also able to offer its customers cars specially prepared by AMG, the companies tuning subsidiary which was originally developed in the 1960's by two ex-Mercedes-Benz employees who set about designing and building custom Mercedes-Benz race engines. In the case of R230, AMG could now offer customers, exterior styling enhancements, bespoke wheel packages and of course its sledge 'hammer' of an engine, the legendary V8 5.4litre with Lysholm type, twin screw, supercharger, know by the Mercedes marketing term 'Kompressor'.

With a base price tag of circa £100k the SL55 AMG remained in production for 6 years, 2002-08. Each car receiving its individually hand-crafted engine (1 man, 1 engine!) prior to leaving the production line for its proud new owner and with in excess of 490bhp, the SL55 AMG was easily capable of reaching its 155mph limiter, though rumor has it that when fully prepared and with the engine de-restricted this silver-arrow Autobahn missile could push through the 200mph barrier!

Delivered on the 9th October 2003 this sensational Mercedes-Benz SL55 AMG comes complete with dealer book-packs, including the original Fahrzeugdaten Karte (data card) which specifies the car was ordered with the following options:

Having been owned by a retired customer for 2 years, for whom we helping to sell the car, this wonderful example has been impeccable maintained, garage stored and only used on high-days and holidays and as such is in superb condition. With the additional options specified, the price tag on this super sleek cabriolet would have been in excess of £110k and with such a figure the expectation is that such a car would be maintained to the highest standard too, this SL55 AMG is no exception. There are 9 service stamps indicated; 11353 miles, 21435 miles, 31963 miles, 41239 miles, 44239 miles, 47827 miles, 49509 miles, 52445 miles and 53893 miles and all being a mixture of Mercedes-Benz main dealer and Independant Mercedes specialist. The car now shows 55250 miles, is HPi clear and the mileage is substantiated with DVLA print-out of previous MOT history.

Firing up the 5.4 V8 Komprssor engine you're instantly made aware of the power available, the driver has multiple settings for driving style and with the Active Body Control option (the system was fully serviced including two new front struts at the last service, cost £4699!) the car can either be enjoyed as a boulevard cruiser or driven in a more 'spirited' sytle with paddle shift gear changes, the big capacity Kompressor 'Yowling' as you push harder and with virtually flat cornering, this SL55 AMG can really offer both Jekyll and Hyde driving experiences!

As a Grand Tourer, with either the optioned glass vario-roof up (its 18 second origami-like folding sequence is a spectacle!) or as a super-sleek convertible this Mercedes-Benz SL55 AMG is a wonderful example, correct in every way and ready to offer its new owner quality, style, grace and pace at a fraction of her 'as new' price.