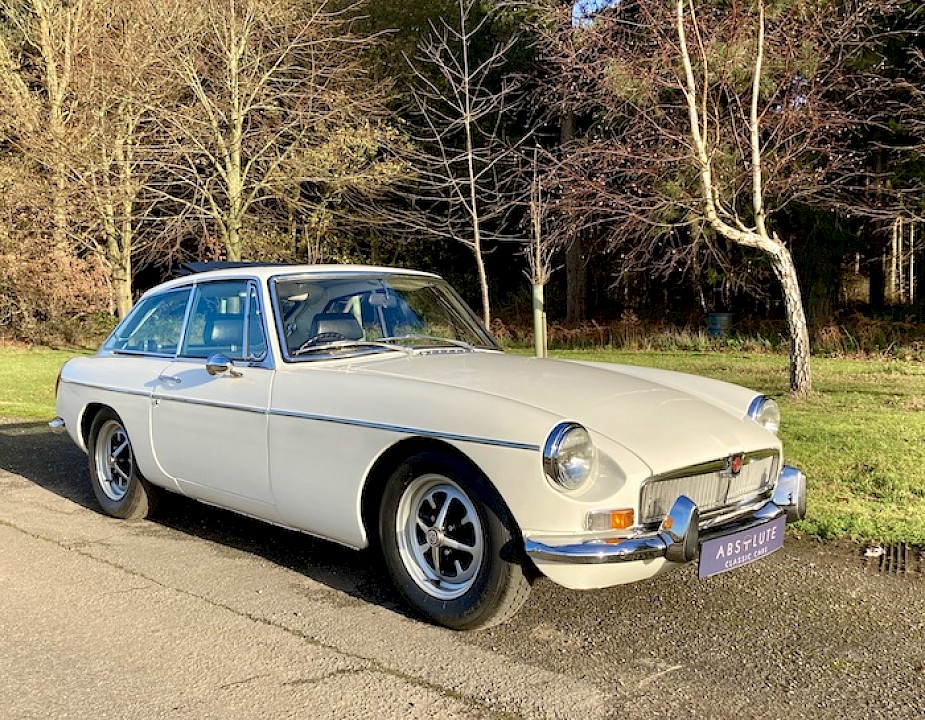 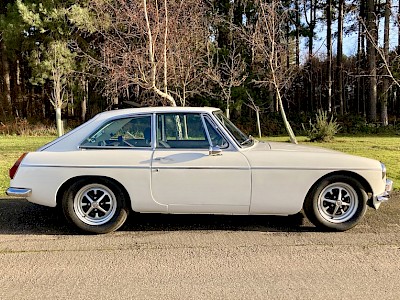 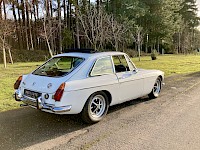 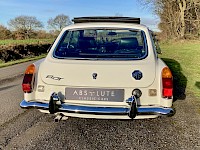 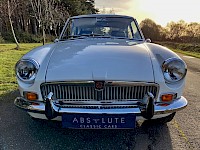 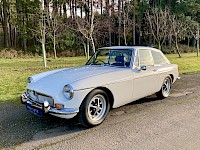 Think of brand 'MG' and most people will conjure a picture in their mind of the quintessential sports car of the 60/70's, the MGB. A two-door sports car manufactured by BMC (British Motor Corporation) and later BL (British Leyland), the MGB featured a four-cylinder, 1800cc derivative of the 'B' series engine, mated to a 4 speed manual gearbox with later cars featuring a Laycock overdrive, which engaged on 3rd / 4th gear (year of manufacture dependent) and came in two body styles, initially the open-top Roadster (from 1963) and the fixed-head Coupe 'GT' (built 1965 onwards) with both models staying in production until 1980. Making better use of space, the MGB offered its passengers more interior / luggage accommodation than the MGA (which it replaced) whilst also being 3 inches shorter and with its softer suspension, offering a smoother ride and larger engine (two other derivatives the MGC and MGB GT V8 would also feature a 3 litre straight six and 3.5 litre V8 respectively) the MGB proved hugely popular, the US export market especially, and over its 18 year production cycle, in excess of 500,000 cars were sold worldwide.

Registered to its first keeper in May 1973 this wonderful MGB GT is finished in her original Old English White, with black vinyl interior and is fitted with the venerable 1800cc 'B' series engine, mated to a 4 speed overdrive gearbox and having been owned by the same keeper for the last 7 years its clear from her history file that a great deal of money has been lavished on the car.

Subject to a older restoration, over a 7 year period, the GT remained off the road and has recently come into our portfolio needing a degree of further works / recommissioning and with these works now all completed we're chuffed to see her on the road again. Walking around the car, we're delighted to say that the bodywork remains in very good condition, the previous keeper having spent £0000's including items such as new front / rear wings etc and having been repainted in her original Old English White the paintwork has a wonderful lustrous shine, the chrome-work around the car is in great condition too, with many new items, along with countless new lens / rubbers / fixings / a new windscreen etc. Finishing off the restoration its great to see that the original Rosytles have been retained and restored correctly and she wears a set of matched tyres all showing 5mm + tread.

The wonderful original feel extends to the interior too. Open the door and you're meet with aluminum sill guards, her original 3 spoked steering wheel, inertia-reel seatbelts, the original vinyl seats are in great condition too, there are new carpets throughout, including rubber over-mats and to finish things off the boot is lined nicely with an 'MG' crested boot carpet. The eagle-eyed will have spotted that this car also has the benefit of a Webasto / Britax sliding roof and this remains in fantastic condition and works perfectly, so this GT offers the benefit of open top motoring as well as being a classic GT coupe.

Mechanically the car is in first class order. The engine has been rebuilt with an unleaded head and shows minimal mileage, the overdrive works perfectly and we've spent hours and in excess of £1500 making sure that things are right for the new owner; the rear axle has been stripped with parts changed, propshaft items replaced, over-drive components replaced, brakes checked and overhauled as necessary, carbs stripped and rebuilt, suspension checked and parts replaced as necessary, plus a full engine service. Needless to say she now drives fantastically, with the oh-so typical sound that can only come from a 'B' exhaust note.

This MGB GT is a lovely example;  well restored and well sorted and priced competitively too. She offers the enthusiasts a great way into classic MG ownership, whether it's for shows, high-days, holidays or one that can be enjoyed on a daily basis too, she the quintessential British classic.