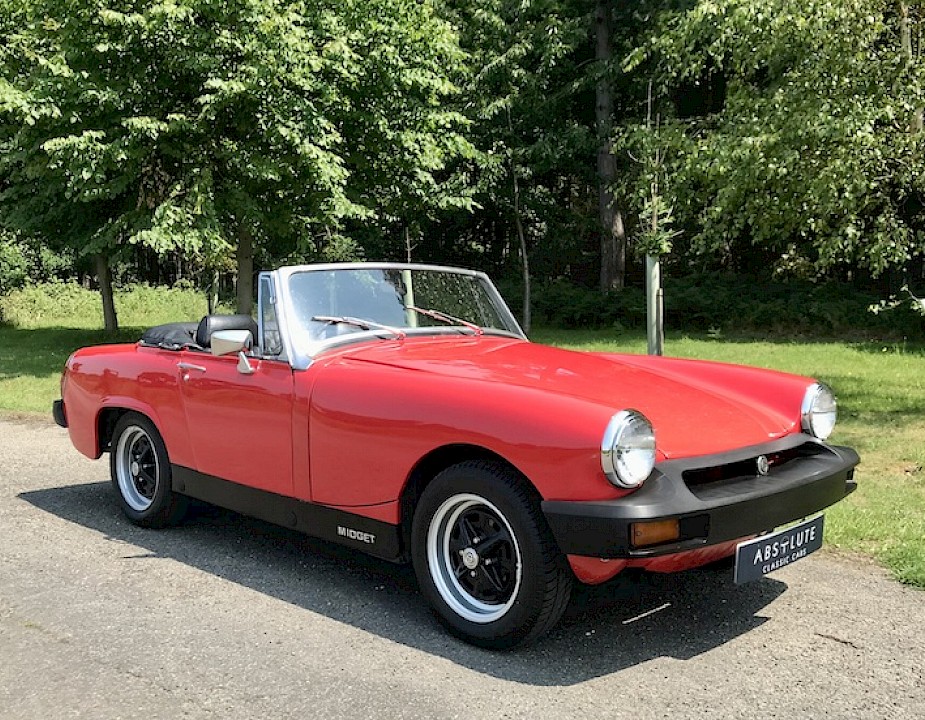 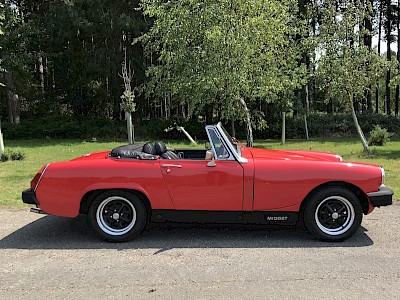 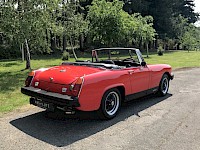 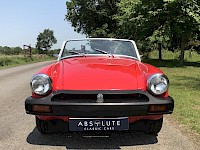 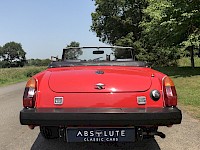 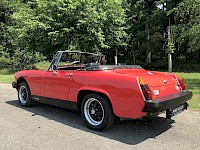 The first ‘modern’ Midget was essentially a re-badged Austin Healey Sprite MkII which itself was a development from the the original 1958 MkI Sprite, more frequently known as the ‘Frogeye’. The MkI Midget, as announced in June 1961 and fitted with a 948cc “A” series engine was quite basic, with a very simple interior, side-screens and stowaway hood. However it did just what its creators intended, and offered sporting motoring for minimum cost. It differed from the Sprite by having a traditional MG style of grille and extra trim, a black instead of white steering wheel, and other small subtle differences, the uncomplicated but attractive car bringing under one litre motoring back to MG enthusiasts for the first time since 1936.

For the years 1961-71 the Midget remained relatively unchanged, with the majority to development restricted to mechanical upgrades, however in late '71 the Midget took on a new silhouette with the introduction of the MkIII RWA, a stylistically different car and for 3 years the, now 1275cc engined MkIII, featured round wheel arches instead of the familiar 'squared-off' arches. In 1974 the Midget saw its final major changes with the enforcement of US safety and emission regulations and the little soft-top now 'sported' rubber impact bumpers (similar to those found in marques big brother, the MGB) and a change in engine, now a 1500cc; with the 'Midget 1500' remaining in production until 1979, by which time over 200,000 units had been built in the 18 year production.

Delivered to its first owner in February 1976, this 1500 Midget is finished in her original Flamenco Red and comes with a black interior, hood and even has her hood tonneau. Restored in recent years the car remains in great condition, the paint work has a deep shine, with good panel gaps, bumpers / rubbers etc are all in lovely condition, the 13" Rostyles have been refurbished and fitted with new tyres and the hood looks like its never seen a drop of rain!

The 1500cc engine fires readily and thanks to an unleaded cylinder-head conversion she's ready to use whenever, no need to worry about whether you've got your 'lead' additive each time you take a trip out. Out on the road she performs willingly; the gearbox, rear axle and braking system all work just as they should too, a happy little classic whether on the busier 'A' roads or buzzing down the back lanes.

Fitted with new carpets, the interior remains in good condition too, the seats are supportive and even as a taller driver I find there's plenty of space. Diminutive in stature, the Midget offers ample space for two, with weekend luggage to boot and having been previously been restored to a good standard this 1500 Midget still looks sharp, drives brilliantly, comes with a great history file and will come serviced and with 12 months MOT ahead of delivery (which we can offer in our fully enclosed trailer). This 1500 Midget is a little gem and offers a great way into the ownership of a great British classic.