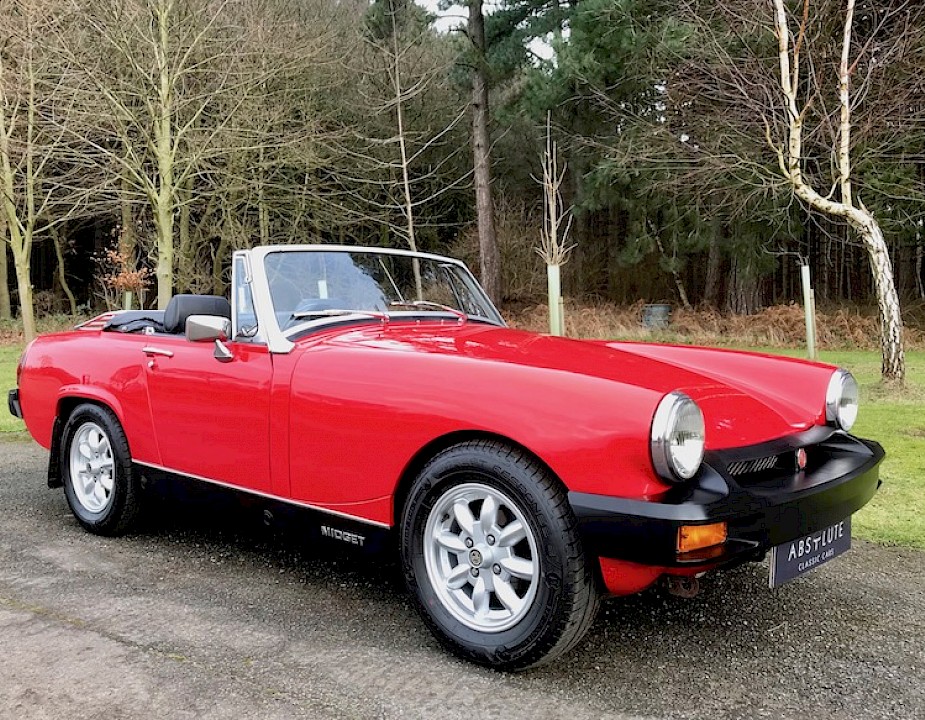 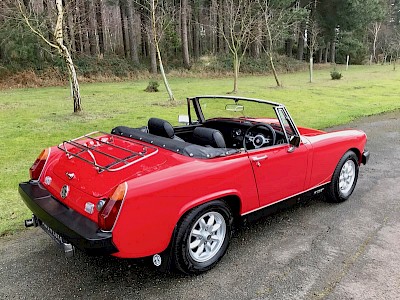 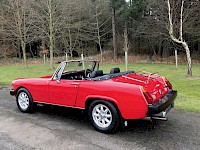 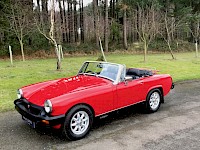 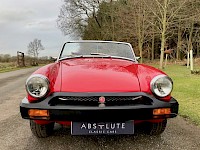 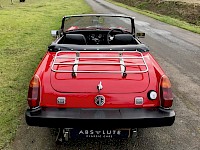 The first ‘modern’ Midget was essentially a re-badged Austin Healey Sprite MkII which itself was a development from the the original 1958 MkI Sprite, more frequently known as the ‘Frogeye’. The MkI Midget, as announced in June 1961 and fitted with a 948cc “A” series engine was quite basic, with a very simple interior, side-screens and stowaway hood. However it did just what its creators intended, and offered sporting motoring for minimum cost. It differed from the Sprite by having a traditional MG style of grille and extra trim, a black instead of white steering wheel, and other small subtle differences, the uncomplicated but attractive car bringing under one litre motoring back to MG enthusiasts for the first time since 1936.

For the years 1961-71 the Midget remained relatively unchanged, with the majority to development restricted to mechanical upgrades, however in late '71 the Midget took on a new silhouette with the introduction of the MkIII RWA, a stylistically different car and for 3 years the, now 1275cc engined MkIII, featured round wheel arches instead of the familiar 'squared-off' arches. In 1974 the Midget saw its final major changes with the enforcement of US safety and emission regulations and the little soft-top now 'sported' rubber impact bumpers (similar to those found in marques big brother, the MGB) and a change in engine, now a 1500cc; with the 'Midget 1500' remaining in production until 1979, by which time over 200,000 units had been built in the 18 year production.

Delivered to its first owner in October 1976, through the Thompson Reid Ltd dealership, this Midget 1500 is finished in her original Flamenco Red and comes with a black interior and black hood, with this information matching the accompanying British Motor Heritage Certificate.

Utterly gorgeous, in '99 this Midget was treated to 'the works' by Maidstone Sports Cars, a highly respected MG / Triumph and British Motor Heritage approved specialist, with the works including:

With a rebuild cost in excess of £12500, the Midget had her clocks reset to zero miles and since completion she has driven circa 900 miles / year, now showing 18k miles and, add to this, a further £5k has been spent on further maintenance / upgrades and as such she remains in fantastic condition. Step into this Midget, turn the key and take her for a test drive and we guarantee that you'll have a huge grin on your face .... this Midget packs a punch and when pushed she sounds like an angry hornet, the raspy stainless exhaust popping on over-run, but set up to be quiet at cruising speeds.

Diminutive in stature, the Midget offers ample space for two, with weekend luggage to boot and having been previously subject to a top quality restoration this 1500 Midget still looks fantastic, drives brilliantly, comes with a great history file, her original toolkit and tonneau and offers a great way into the ownership of an iconic British classic.