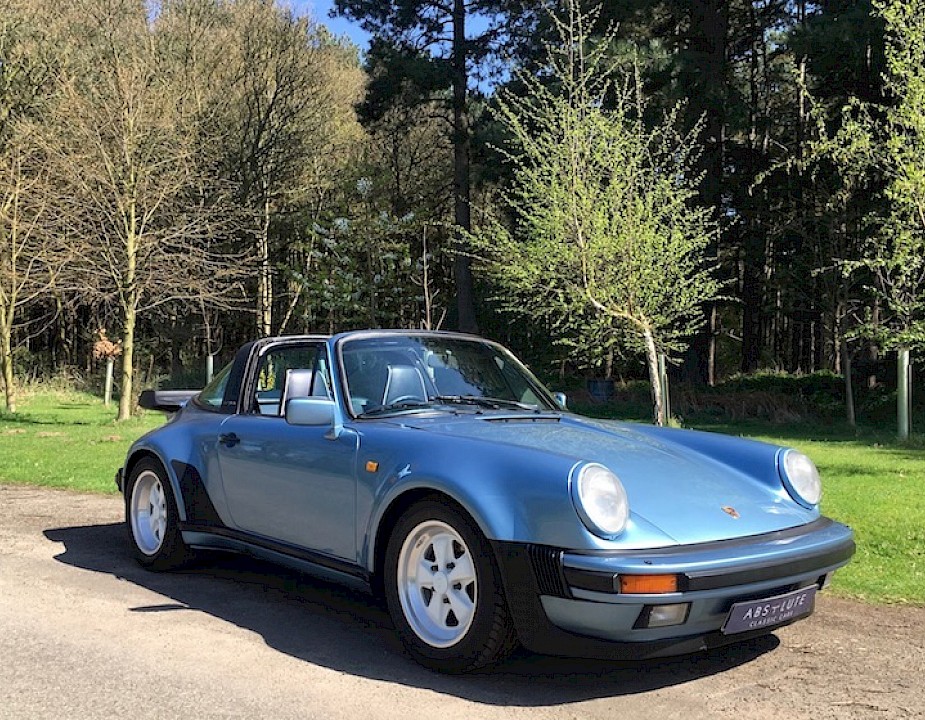 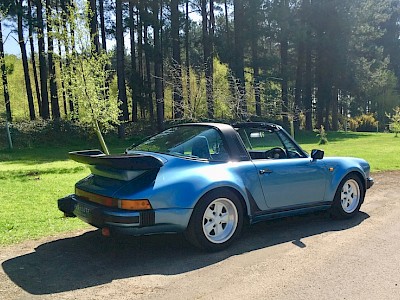 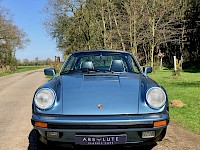 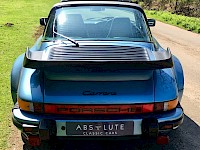 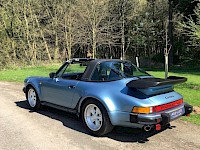 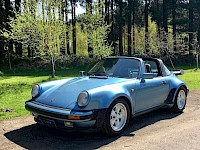 Introduced in 1984, the Porsche 911 Carrera 3.2 was the last incarnation of the 'pure' 911 and came as a replacement of the SC model which had been manufactured between '78-'83. With its re-designed inlet and exhaust system, an increase in engine capacity to 3.2 litres, Bosch L-Jetronic fuel injection the new 911 produced 231bhp (European market) an with it's lack of driver aids, ABS, power steering or even 4 wheel-drive, it is felt the Carrera 3.2 genuinely offers one of the most authentic 911 driving experiences with 0-60mph time of under 6 seconds and top speed of 152mph.

One of the rarest versions of the 3.2 Carrera was the 'Turbo-look' wide body, Porsche option code M491 or 'SuperSport' as it became know in the UK. Initially only available on the Coupe model, those wishing to own such a rarity would have to place their order through the 'Sonderwusch' / 'Special wishes' programme with the option costing a weighty £10,000 above the base price. In 1985 this 'Special wishes' option was extended to Cabriolet and Targa models and Porsche continued to produce the 'Turbo-look'' / 'SuperSport' / 'SSE  - SuperSport Equipment', the latter name given to those built after 1987 with the G50 Getrag gearbox, until the end of production in 1989 with the introduction of the newer 964 model. With ~650 examples (option C16 UK - Coupe, Cabriolet and Targa models) built between '84 and '89 the SuperSport offered more than just a 'Turbo-look as the cars came with the following extras associated with the M491 option - Factory Turbo/930 wide body, limited slip differential, upgraded Turbo suspension and brakes, wrap-around front spoiler, the fabled 'Tea-tray' rear spoiler and wider Fuchs alloys wheels and as such the model is now one of the rarer air-cooled 911's.

A matching numbers example this car has been owned by the same keep since 2007 and comes with a history file that any discerning Porsche owner would hope to find with paperwork going all the way back to 1991. Documentation includes the original dealer pack, with associated manuals, factory build stickers, 22 previous MOT certificates, invoices for circa £40k, previous tax discs and a service book containing 18 service stamps (Porsche / Independent specialists) with the most recent service in 2018 @ 91518 miles, she's done less than 500 miles since and as we're hyper-critical and noticed the slightest 'notch' on 3rd gear on our test drive we've also had our preferred Independent Porsche specialist, rebuild the Type 915 gearbox rebuilt too!

A visual inspection of the car confirms that her bodywork is on par with her maintenance record. The Iris Blue metallic paintwork looks fantastic, she has a deep lustrous shine all round, all the rubbers (windows, spoiler lips, bumper bellows etc) are free from any damage or fading and the staggered 16" Fuchs alloys look sensational having been professionally refurbished in the correct Grand Prix white with diamond cut deep dishes and being fitted with a matched set of Continental tyres showing 6mm+ all round.

In complimenting its impressive bodywork the interior of this SuperSport does not disappoint either. We've rarely seen aircooled 911's with a twin-tone interior and feel this must have been a special request when ordered when new. The seats, carpets, dash, door cards etc all remain in super condition and if you're new to the aircooled 911 it only takes a few moments to find the perfect driving position. Being a Targa model, the roof panel is fully removable (2 keys supplied) and with the panel stored neatly into the boot area you're now ready to fire up the 3.2 litre, 231bhp flat six.

Keys in the ignition, twist to start and with an familiar bark the engine (bone dry) fires instantly without the slightest puff. With the sound track enhanced as this car features a Dansk Stainless Steel exhaust system, the driver full of anticipation, and on any dry day with the roof off, you're ready to enjoy smiles and miles of motoring. The upgraded SuperSport suspension remains firm and allows the car to flow from corner to corner, brakes have a firm bite too and with confidence rising the driver can begin to push the SuperSport through its rev range, the 'yowl' of the flat-six as she rises through 4000rpm is truly intoxicating.

With its powerful look, this Turbo-bodied SuperSport Targa is a real rarity and having been correctly cared for since the day it was delivered we've no doubt that if correctly maintained the new owner can not only enjoy the fantastic driving experience offered but that they should also see their investment appreciate too.