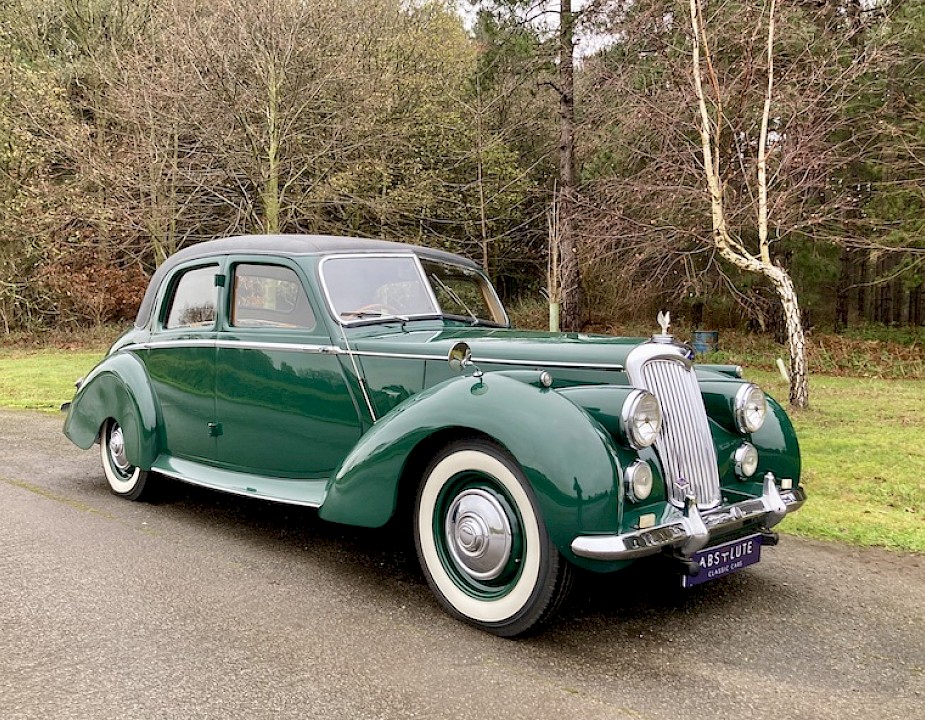 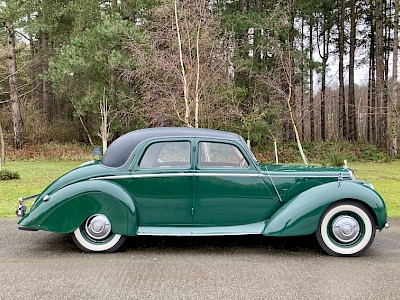 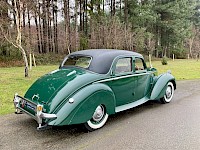 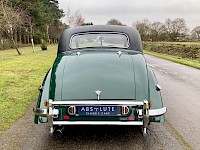 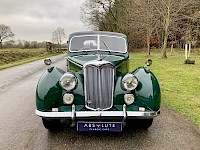 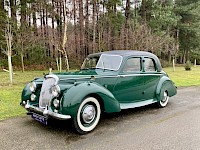 Take a moment and think of a luxurious / executive British car manufacturer and most people will immediately think of Rolls Royce, Bentley or Lagonda, knowing that these companies can trace their lineage back to the early 1900's.....amazingly, the relatively unknown company Riley, predate all of these, having been involved in the manufacture of motorised vehicles from 1898! Building a diverse range of Sports Salons, Coupes and Tourers the manufacturer grew rapidly during the 1920s & 30s and even had success in motorsport with cars at the 1934 Le Mans taking 4 of the top 6 positions. From these successes and over the course of the next 15 years, Riley Motors (Coventry) Ltd experienced somewhat of a roller-coaster ride; saved by Lord Nuffield, sold to Morris Motors Limited, being part of the Nuffield Organisation and eventually merging with Austin to become the British Motor Corporation (BMC). Through these harder times, and the war years, Lord Nuffield set to shore up the business, slimming the range of models and engines offered to focus specifically on two 4 cylinder engines, the 1.5 litre and the 'Big Four', 2.5 litre and by the end of the Second World War, Riley initially offered just one car, the RMA, an executive 4 door salon, with 10,000 examples being built during its 7 year production.

Released in 1952, the RME was essentially an updated and improved version of the RMA and now featured a hydraulic braking system, revised body styling with a larger, curved rear window, full width bumpers and a revised rear axle ratio to improve acceleration and was initially offered with both the 1.5 litre and 2.5 litre engines. In 1954 the model was revised again, with a new dash design and a complete restyle of the front mudguards, the 'old fashioned' running-boards were gone, as was the 2.5 litre engine and the revised RME now feature removable rear wheel spats, a-la Jaguar Mk1, a design that set to improve the cars aerodynamics, consequently improving fuel economy and reducing cabin noise.

One of just 3446 models produced we're delighted to offer this beautiful 1954 Riley RME. Finished in Green with Biscuit interior this stunning example has come from its first UK owner, with the owner having previously imported the car from South Africa, having bought the car himself from a long-term friend who had previously had the car fully restored during the mid 90's at a cost of R200,000 (the equivalent of ~£34k at todays exchange rate)!

A visual inspection of this 66 year old classic will leave most people speechless! Having been professional restored and with little mileage since the bodywork remains in fantastic condition, she has a deep lustrous shine with super clean body lines and panel gaps. The chromework and stainless-steel elements around the car are impeccable, just beautifully detailed and a glance at the Riley Kestrel emblem adorning the radiator grill is so highly detailed you almost expect the bird to take to flight! The coach lines are super crisp, every door opens and closes with the lightest of touches, the light lens all-round look almost 'as new' and its' truly evident that this RME has been treated with real care.

Opening the 'suicide' door to the front or conventional opening rear doors, both hinged vertically on the 'B' pillar and your first thought is .. 'Quality' and without waxing lyrical, the quality is right up there, matching that of any Jaguar, Rolls of the time! Wonderfully restored, using only the best materials, the finest leathers, and despite being nearly 70 years old, the seats, wooden dash / door cappings, switch gear all look wonderful......it's understandable why the Riley company, in its younger years, suffered instability, the ethos of quality, quality, quality remained paramount versus that of any financial constraint! We simply love it and we're left agog that classic Rileys are yet to command the price of Rolls Royce Silver Dawn or Bentley R Type.

Since its import into the UK in 2016 the Riley has been used sparingly and as a result since joining our portfolio we've carried out an extensive programme of recommissioning with works including:

With over £2500 spent, we've carried out all the essential works required for the Riley to be on the road and enjoying the miles again. We're happy to say, without reservation, that it's an absolute delight to not only be a passenger but to actually enjoy driving this wonderful British classic, we love her and we know that once you have seen her you too, you will fall in love with this beautiful, luxurious and capable saloon.