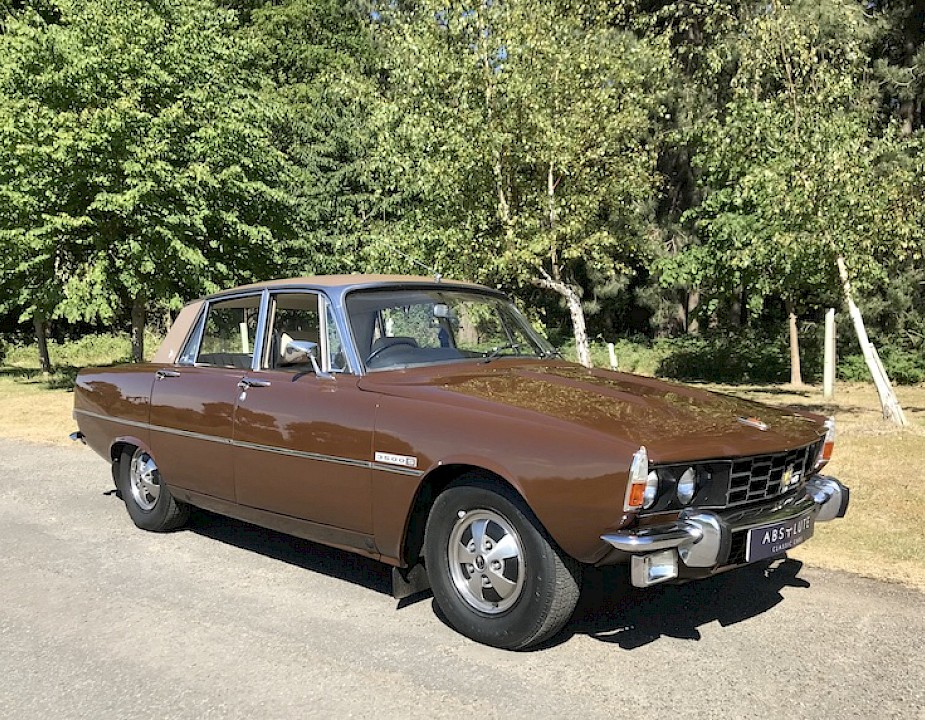 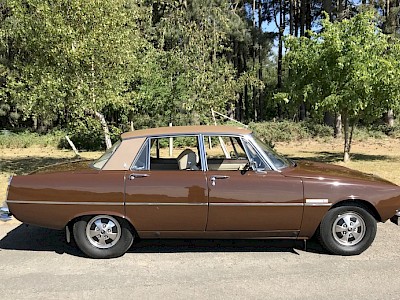 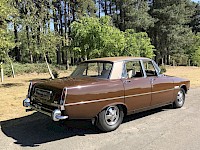 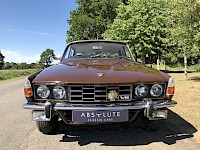 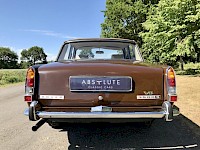 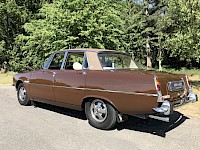 Launched some five years after the start of the Rover P6's initial production, the Rover P6 3500 was introduced in April 1968 as Rovers way to definitively differentiate the P6 from its rival the Triumph 2000. Having ascertained that the Buick derived aluminium 3.5 litre V8 weighed the same as the four-cylinder unit found in the Rover 2000, but offered greater performance, a top speed of 114mph and 0-60mph time of circa 10 seconds, the P6 3500 could be marketed as one of the quickest in the UK market place and competed on price and specification too.

In order to squeeze the V8 into the P6 engine compartment, the Rover engineers had to rework the front suspension and the eagle-eyed will note that V8 models also feature a revised front air intake needed to accommodate the larger radiator and due to the squeeze, the battery on V8 models was relocated to the right side of the boot compartment, opposite the spare wheel. Visually, most other aspects of the car remained unchanged, save for a few prominently placed V8 badges on the exterior, a vinyl covering to the C-pillar and a V8 badge beneath the radio.

Initially offered with a 3 speed Borg-Warner automatic it wasn't until 1971 that Rover decided to add a 4 speed manual and the 3500S was born, the 'S' standing for Synchromesh and not Sport as many thought. Further identifiable by having a vinyl roof covering, Roystle hub-caps and with its double-humped bonnet, the mk2 the 3500S models did nothing to hide its sporting credentials and with a 0-60mph time of 9 seconds (high compression models, pre '74) and higher top speed, now 122mph, its easy to understand why the Police and many in the under-world used the 3500S with fervor.

Having come from a cherished ownership, we're delighted to be able to offer this remarkably original Rover P6. Sold to its original owner on the 18th April 1973, this P6 3500S is finished in Mexico Brown, with beige vinyl roof and is complimented with a beige interior with optional / desirable 'ET' headrest and being a pre '74 model she comes with the high-compression V8 engine offering greater performance with the added benefit of power steering too!

Currently showing 37,500 miles, this beauty remains in remarkable condition, with the 70's Mexico Brown exterior having a wonderful deep shine and remarkably free from any notable blemishes or marks. Having had the car on our ramp we're happy to say the underbody / floors, sills etc are in excellent structural condition, free from damage and just as you'd hope to find on a car which has obviously been well cared for. Opening the doors, and the interior remains bright and airy; the seats, door cards, dashboard, headlining and carpets are all in lovely condition. This 3500S is just as you'd hope to find and inspection of the boot area and engine bay further adds to this, the boot carpet looks to have carried little over the years, the spare wheel and battery covers both still in place and 'popping' the bonnet we're presented with a well presented, original, engine bay.

Settling behind the wheel, it's great to see all the original features, there's even the original "ROVER" crested radio blanking plate, no nasty speakers holes ..... which means everything's perfectly set up for hearing the glorious 3.5 litre V8 engine!!! Turn the ignition and the engine bursts into life and settles into a smooth idle, a "woofled" rumble coming from the exhaust. It's tempting to sit and enjoy 'blipping' the throttle, just to feel the body rock slightly and the exhaust note harden, but the greatest pleasure comes from driving. For a car harking from 70's British Leyland we can honestly say this particular Rover P6 3500S is an absolute revelation, the power delivery is wonderful, thanks to this car featuring the High-Compression motor, gear-changes are crisp and brakes solid, with invoices for works confirming a well maintained car, which has barely driven 7k miles in the last 10 years. We've enjoyed taking this car home on dry days and she rides perfectly, easily keeping up with modern motoring but offering so much more enjoyment and appeal, we'd happily drive her anywhere!

With a good history file, invoices for work carried out in recent years, dealer book pack and in wonderful condition, this Rover P6 3500S is an absolute delight to drive and we can say with confidence that whether being bought for showing, regular use or even long distance touring this 3500S is fantastic reliable classic and will prove a real pleasure to own for many years to come.