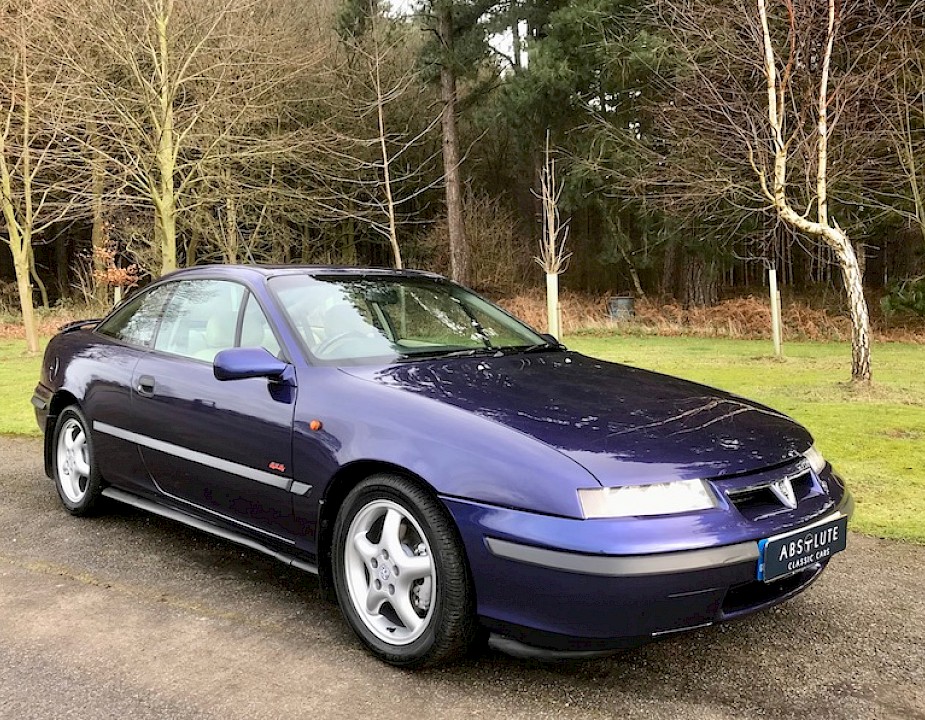 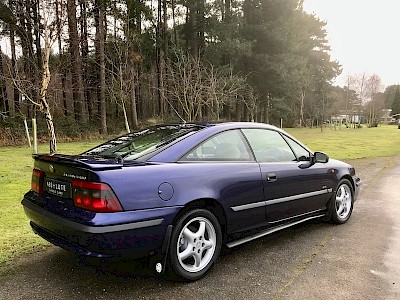 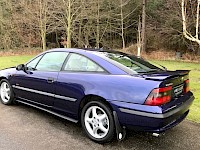 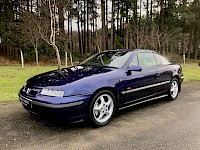 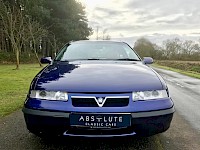 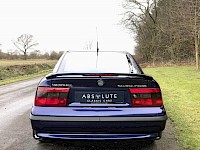 Launched in 1989, the Vauxhall / Opel Calibra was introduced as a counter to the modern Japanese sports coupes of the time and was designed by Erhard Schnell, who had previously designed the Opel GT, a stylish 2 seater sports car built in the late 1960's. Utilising the front-wheel drive platform from the Cavalier / Vectra 'A', at the time of launch the Calibra was the most aerodynamic production car in the world, with a drag coefficient (Cd) of 0.26, an accolade it retained for the next 10 years. In 1990 the range was extended further with the introduction of the 2 litre 16 valve model (a 150bhp Cosworth derived engine) and as well as the 2WD model the range now also included a with a four-wheel drive model, the Calibra 4x4.

During its 8 year production cycle the Calibra saw the introduction of a number of limited edition models, the SE range (SE1-SE9), DTM and LE models as well as the introduction of 2 further engines, the 170bhp 2.5 litre V6 model and the range topping 2 litre 16v Turbo, the latter offering performance ahead of all its rivals. In 1995 the Calibra received a mild facelift, new wheel designs, interior tweaks and a couple of engine changes and whilst sales ceased in Europe in 1997 the Calibra continued to remain in production, for the UK market until 1999, by which time some 240,000 units had been sold world-wide.....take a moment to note that less than 60 of those remaining are the range topping Turbo!

Supplied new via Vauxhall, Greens of Rainham on the 2nd January 1996 this facelift Calibra 4x4 Turbo was specified to a high standard and comes with the following specification:

Walking around the exterior of this stunning facelift model, this 1996 Calibra Turbo 4x4 remains in excellent condition, the Ceramic Blue metallic presents really well, with just a few minor marks, commensurate to her low mileage. Panel gaps are consistent around the car, lenses are free from damage, the original 16" alloys have been fully refurbished and look super and with her optional Irmscher rear spoiler, Turbo 4x4 badges and twin-exit exhaust, its wonderful to offer such an original example, no silly add-ons; she's just as she left the factory!

The same, factory original specification, continues when opening the doors. The cream leather sports seats remain in fantastic condition, free from any scuffing and with ample adjustment they provide the perfect driving position for either spirited driving or a relaxed country cruise, the Calibra suprisingly offers reasonable space for rear passengers too. All the Interior electrics work, just as they should, the trip computer giving the driver the option to scroll through; Instant consumption, Average consumption, Average speed, Fuel Range, Stopwatch (no doubt needed for those inter-continental journeys), Outside temperature and the Time and with her original Blaupunkt CD300 stereo and her newly fitted set of factory tailored over mats one could easily be mistaken for stepping into a much new car.

Mechanically the Calibra is in great condition. Showing just over 73k miles she starts on the button, the 4 cylinder engine settling down nicely and showing great oil pressure. Out on the open road the 204bhp, 2 litre turbo comes into its own, devoid of the usual turbo-lag associated with other classics of the era the Calibra really is a revelation and original reports suggest this 2 litre could reach 0-60 in 6.2 sec and a top speed of 152mph!

A great car to drive, this 4x4 Turbo has obviously been cosseted and well cared for by previous owners. The supporting history folder includes the factory book packs, invoices and stamped servicing at 9299 miles, 19231 miles, 25122 miles, 33203 miles, 42101 miles, 49687 miles, 52494 miles, 61336 miles, 63587 miles and 65649 miles. In the last 100 miles we have also carried out a Major Service, including: oil, filters, plugs, a cam belt / water pump change, anti-freeze change, a full check of all gearbox, axle, transfer box fluids, plus brake checks, everything works just as it should. Without doubt one of the best presented Vauxhall Calibra 4x4 Turbos and coming with the all important supporting history file this car looks stunning and having remained untouched by the 'boy racer' brigade, this Calibra is the one GM gem that classic fans should have in their collection.