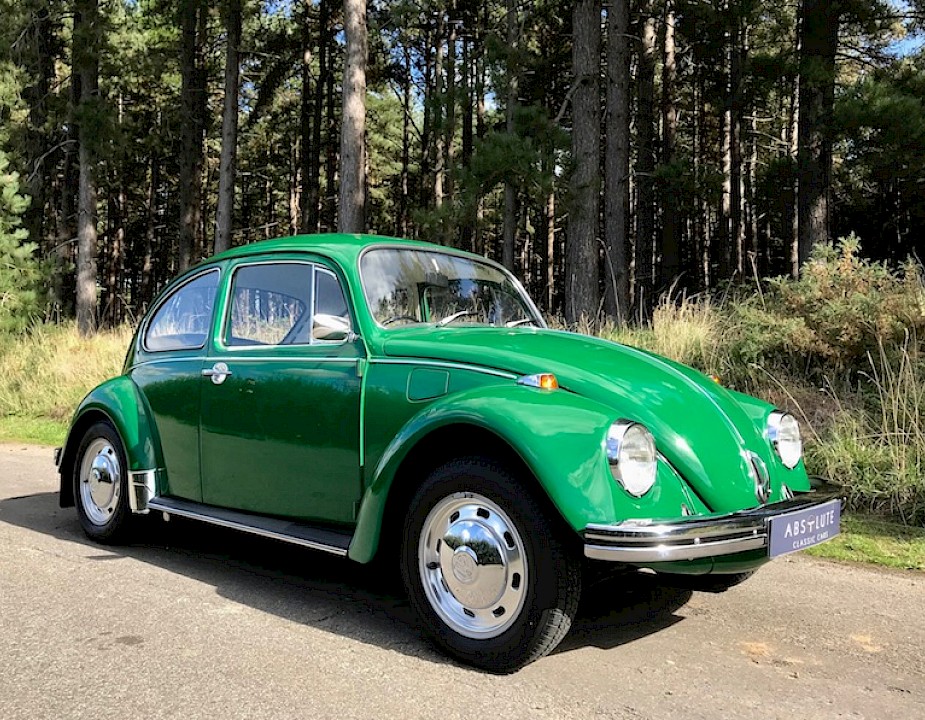 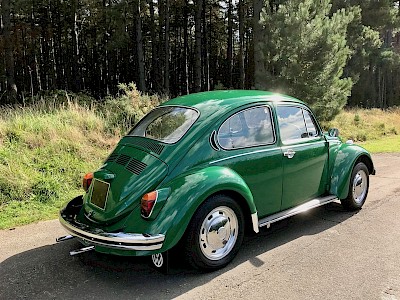 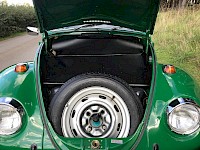 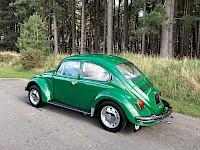 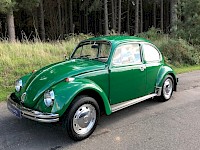 Needing no real introduction, the Volkswagen Beetle, the 'Peoples car' has remained in production for almost 80 years and retains a charm and character that has endeared it to the hearts of over 21 million drivers! With its air-cooled engine in the rear, straight forward mechanics, oodles of interior space, style in abundance the Beetle is seen for many is the perfect classic car and whether its an early oval window, split screen or a latter 'Jeans' or 'Marathon' limited edition there are cars around to suit enthusiasts young and old alike.

Delivered to its first keeper on the 15th Aug 1972 this simply staggering Volkswagen Beetle 1300 shows a genuine 15980 miles from new and comes with the following specification:

Walking around the car, gazing at the interior, listening to the engine, the driving experience this car just speaks - originality! The Sumatra Green bodywork has a wonderful lustre, the panel gaps remain entirely original, the sound of the door shutting is completely Germanic, engineered to perfection and precise and showing the odd touched-in stone chip helps to confirm that we feel the car has never received any paintwork in its life. The exterior chrome-work remains in first class condition, window / door rubbers are all 'like new' and the glass is free from any hazing or scratches. Everything is just right, the Octane sticker inside the fuel filler, the original Volkswagen rear mud flaps, this Beetle would happily grace any collection.

Opening the door to the interior and you can't help but be 'wowed' by how fantastic it is. The Alabaster seats / door cards have zero wear and all the knobs, switches, sun-visors etc look like they've never been touched. Completely charming, light and airy this little 'Bug' is what some would regard as 'factory fresh' !

Mechanically the Beetle is a marvel too. Without so much a hint of throttle, the car starts instantly from cold and settles to an offbeat tick-over as any flat-4 would. The gearbox is crisp and direct, brakes work perfectly, she's just a great driving car and the only dilemma we find ourselves in is whether we should or shouldn't jump in the car and take her on a 100 mile trip or a weekend away!

Owned by the previous keeper for some 22yrs we're advised that until 1996 the car was still fitted with its original crossply tires and with the exception of normal service items the car is exactly as she left the factory.....even now she still has her original exhaust! With some 30 previous MOTs dating back to 1976 (and indicates there have been a few years where she's remained dormant), 18 previous Tax Discs, her original owners manual and 2 keys this amazing classic has averaged less than 350mile/yr over the last 46 years! Surely one of the most original, low mileage examples available this '72 Volkswagen Beetle is now ready to be cherished by her new owner and will undoubtedly be admired by all who see her.