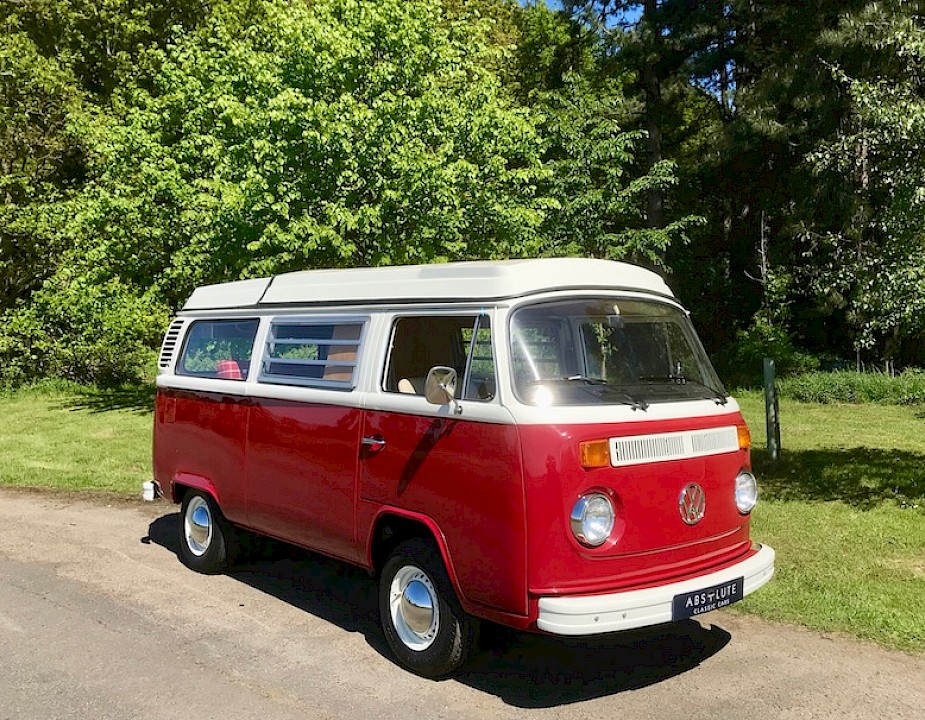 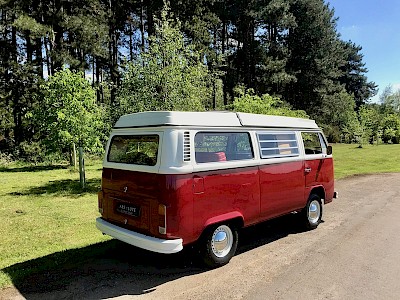 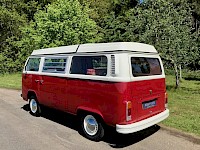 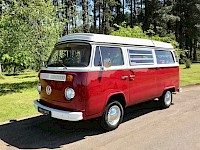 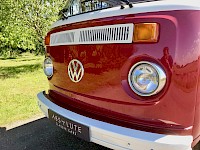 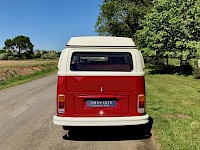 Originally introduced in 1950 the Volkswagen Type 2, known as the Transport, Kombi, Microbus or informally as the Camper in the UK has served many purposes in its long production period, including being used as a Fire Tender, Ambulance, Pick-up and even as single vehicle transporter for Volkswagen dealerships. However in its guise as a Microbus or Camper and with the freedom offered by weekend escapes, California dreaming / surfing, the growth of the VW scene has progressively moved the Type 2, be it Split Screen (T1) , Early Bay (T2a) or Late Bay (T2b) to almost legendary status and as such, through continued development, changes to production location (Brazil), the Type 2 amazingly remained in production until 2013!

This gorgeous example, a genuine right-hand drive Late Bay Westfalia Continental Camper was delivered to its first owner in January 1973 and was original finished in Brilliant Orange over Pastel White and powered by a 1600cc twin-port engine, mated to a 4 speed gearbox. The fantastic history file, going back to the early 90's (circa £10k in bills), suggests the car was well loved, but that in 2010 the Camper was taken off the road in need of some restoration. From the photographs offered we believe that you'll agree with us in that this Camper has now undergone a dramatic transformation and having been subjected to a bare metal strip down and restoration (photo file and invoices available, circa £4k in parts alone including new rubbers, new chrome work, some panels and various mechanical components etc) she looks utterly sensational finished in her period correct, Chianti Red over Pastel White.

Complementing the fantastic bodywork the interior of the Camper has undergone a complete make-over too, but importantly all the original Westfalia ('Westy') interior components have been retained; the full width 'Rock n Roll' bed, the high cupboard containing wardrobe / mirror and separate double-ring gas cooker (with Camping Gaz bottle too), swivel fold-out dining table, cool-box / sink unit with working fresh water flipper pump, fold away table (for when the sliding door is open) and amazingly she also comes with the double bed mounted in the pop-top, so she's a full 4 berth Camper. With the front seats freshly trimmed in fawn, the rest of the interior trimmed in Highland Halkirk Cardinal tartan, black / white vinyl flooring in the rear, original black mats in the front and with a new pop-top canvas, with built in mosquito nets should you wish to star-gaze at night the interior on this camper is one of the finest we've seen. In addition to the original features the Camper will also come equipped with additional heat reflective night blinds and wind-breaks for when you want to enjoy out-door dining, simply pack a your weekend bag, a picnic hamper, some nibbles (maybe a bottle of fizz) and you're ready to go!

Mechanically the Camper is a dream too. The 1600cc engine (previously rebuilt) starts without hesitation, runs as smoothly as a sowing-machine and she pulls fantastically well through all gears. We've driven the car on a mix of both A / B class roads and her all-round drivability just can't be faulted, but with the level of restoration she's undergone and with less than 500 miles since completion this all comes as no surprise, we honestly feel that the first person to see and drive this beauty will just fall in love and take her away.

With her original Continental Westfalia owners manual, a box file of invoices, MOTs (current valid to 2020 and others back to the early 90's), build confirmation letter from Volkswagen Owners Club GB, additional camping aids and having completed so few miles since her stunning restoration we feel this must be one of the most desirable Westfalia Continental Campers available and with the added benefit for of being a rarer UK right hand drive model your adventures will be even more relaxing too!